A Fake ID may seem like “no big deal.” Willing to take the unknown risk, college and high school students regularly use Fake IDs in North Carolina to get into popular bars and buy alcohol.

The global market (internet) has made obtaining a “Fake ID” increasingly easy while the negative legal consequences of possessing and using fraudulent identification or creating a fraudulent identity, significant.

“Unfortunately, many parents do not fully understand the consequences and look the other way. Things are different now.”

Despite advances in driver license validation technology, some try:

On-line Fake IDs may look real enough, at least to the uninitiated.

One of the more popular narratives among young people tends to be: They’ll just take your ID if you get caught.

While that’s true. Fraudulent forms of identification are often confiscated by law enforcement and bar staff, that’s only one of many options available.

Some bars and restaurants use electronic scanning tools to check the bar code and/or chip protection devices in different types of IDs.

Fake ID charges are criminal charges in North Carolina and can result in both an issuance of a citation and your arrest.

Can an Officer Stop and Ask to See My ID?

There are rules of criminal procedure and certain constitutional rights that protect against unreasonable searches and seizures.

As such, stopping a vehicle under suspicion of “drunk driving” in North Carolina requires Reasonable Suspicion.

Law enforcement must have Probable Cause to arrest for driving while impaired (N.C.G.S. 20-138.1).

That’s different than a NC ABC (Alcohol Beverage Control) Officer or an Alcohol Law Enforcement (ALE) representative stopping you at a concert venue or bar if they see you drinking or trying to purchase alcohol.

In Charlotte, it’s common for officers to patrol the parking lot areas of the AvidXchange Music Factory, The Underground, The Fillmore, The PNC Music Pavilion, the Visulite and Epicentre.

You might be surprised to learn, bouncers/security often work the door in coordination with Charlotte-Mecklenburg Police Department (CMPD).

Flashing a Fake ID to a someone who might be legally responsible if they don’t check ID and serve underage drinkers is a bad idea, see Sale to or purchase by underage persons.

Obtaining a Fake ID: Can it be a Felony?

The “under the age of 21” set often think only of drinking or getting into a cool bar.

It’s only after an arrest for Fake ID in Charlotte and/or institution of felony charges related to Chapter 14 of the NC Criminal Laws entitled Article 19 – False Pretenses and Cheats that the true measure of criminal charges begins to come into focus.

Sometimes a Fake ID is used for more sinister purposes than buying alcohol or possessing alcohol as a minor.

Sometimes younger adults exacerbate an already sticky situation by making a second mistake: They don’t tell parents or guardians about a Fake ID ticket or arrest.

Thinking they can handle it on their own or worse, failing to appear in court, can have long-term negative consequences.

A guilty plea to Fake ID charges can create future problems with admission to college, finding a good job, and even getting on a plane to travel.

Failing to Appear in court in Charlotte can also result, in appropriate circumstances, in the issuance of an Order for Arrest or “OFA.”

Fake ID charges, ones that take place at a bar or associated with underage possession of alcohol charges, may result in criminal summons (or arrest) pursuant to NCGS Chapter 18B-302(e).

A violation of the “using a Fake ID law” is serious. It’s a Class 1 Misdemeanor, carrying a maximum period of punishment of 120 days in jail.

It also may result in a license suspension for 1 year under the NC Traffic Law 20-17.3.

The State carries the Burden of Proof in all criminal charges and must prove the prima facie elements of the offense of Fraudulent Use of Identification including things like:

Providing a Fake ID to a police officer can result in criminal charges under N.C.G.S. 20-30(3), a Class 2 Misdemeanor in North Carolina.

It also may serve as a legitimate legal basis for other criminal charges (and possible arrest), including N.C.G.S. 14-223 Resisting Officers. 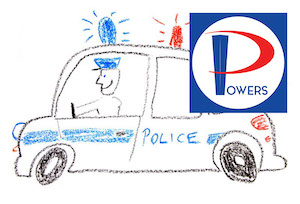 Illegally selling or offering to sell “any reproduction” or “simulation” of a special ID card, learner’s permit, or driver’s license in North Carolina is a Felony offense, Classified as a Class I Felony.

The maximum period of incarceration for Class I Felonies in North Carolina is twenty-four (24) months in prison.

“Our job, in part, is to work hard to ameliorate the adverse effects of poor decision-making .”

We also will help explain the legal system, how court works in Mecklenburg County, and go through the best-case and worst-case scenarios with you.

There may be legal options available to underage possession of alcohol cases and even Fake ID charges in Charlotte, NC.

Before doing anything, including signing up for a class, we encourage you to speak with one of the criminal defense attorneys on our team.

We charge nothing for legal consultations.

One should not always assume a clean record results in an automatic dismissal of charges. That’s true also for classes.

Each judicial district and Office of the District Attorney has their own procedures, policies, and protocols.

“My friend got their case dismissed” is something as lawyers we’re used to hearing.

Frankly, there is a lot of anecdotal, if not incorrect information that gets circulated among college and high school students.

“After more than 27 years helping people of all ages in court, I firmly believe the best thing to do is seek out experienced legal advice before doing anything. Don't just do something, stand there.”

Determine whether a Fake ID case in Charlotte may trigger other legal problems or issues, even in another state or judicial district.

The first step should be, in our opinion and experience, to carefully analyze the factual basis of the case, asking things like:

As Charlotte criminal defense lawyers, we review issues that you may not have considered. Our goal is to answer these and any other questions you may have.