Not every criminal defense attorney is an experienced drug lawyer. If you or a loved one needs a criminal defense lawyer, we are here to help with legal representation. It doesn't matter felony vs. misdemeanor, drug possession and trafficking charges in North Carolina are serious and require careful consideration.

Trafficking drugs like cocaine, marijuana, and even prescription medications such as OxyContin, oxycodone, or opioids normally results in active prison terms. The NC drug laws, especially for trafficking drugs, are harsh. It doesn't matter if you don't have a prior criminal record or criminal charges.

If the amount of the drugs or "dosage units" meets the requirements under the law, Drug Trafficking charges can be brought.

That's why it makes sense to call a law office and defense lawyers in Charlotte NC who have courtroom experience. There is just too much at stake not to carefully consider your legal options when asking, "How can a criminal defense lawyer help?"

Simple possession of marijuana is one of the more common minor drug charges in North Carolina. It is a misdemeanor drug offense, when the amount is "up to ½ ounce."

The alcohol laws in North Carolina also prohibit things like:

The criminal charges of Drug Trafficking in North Carolina are different than other felony cases. There are only two real questions criminal defense lawyers ask when it comes to Trafficking:

That's because under the NC Trafficking laws, that's all that really matters. It is not handled like other felony criminal charges in North Carolina on the Structured Sentencing grid. Anyone convicted of drug trafficking must be sentenced according to one of three "Levels."

There are mandatory fines. The prison sentence is set, regardless of any prior criminal record.

Someone convicted of drug trafficking in North Carolina may NOT be placed on probation, unless the Superior Court Judge finds substantial assistance has been provided in the arrest, ID, or conviction of accomplices and co-conspirators. The Judge is allowed to consider prosecution of other cases.

Attempting Drug Trafficking is the same class of offense, but is sentenced pursuant to the normal Structured Sentencing grid for felony criminal charges in North Carolina.

What is Drug Trafficking in North Carolina?

Every state (as well as federal drug laws) define what constitutes drug trafficking within that "jurisdiction." By the word jurisdiction, when it comes to drug crimes, federal laws cover interstate drug-related crimes, and each state enacts and describes the state drug crimes within the boundaries of that particular state.

The information set forth herein covers the drug trafficking law for the State of North Carolina.

Trafficking in Marijuana: Any person who possesses, sells, manufactures, transports, or delivers more than ten pounds of marijuana.

Trafficking in Cocaine: Any person who possesses, sells, manufactures, transports, or delivers more than 28 grams of cocaine (or derivatives).

How Does a Criminal Defense Lawyer Fight Drug Trafficking Charges?

Once hired to represent a person charged with drug charges, our Charlotte law firm thoroughly interviews our new client, to establish a "base line" of what he or she knows about HOW the drug trafficking charges may have been "discovered" by law enforcement. Through the criminal discovery process.

Because Trafficking Drugs charges in North Carolina are so serious, experienced criminal defense lawyers, as part of legal representation, ask a series of questions in preparing for trial:

Part of legal representation at our Charlotte aw office includes sitting down with you, going over the factual background, and making sure the State can make out a case for Drug Trafficking.

As experienced criminal defense lawyers we want to look at the North Carolina laws on Searches & Seizures. When it comes to trafficking drugs, more than other NC felonies, we also review how law enforcement became involved. Were there confidential informants? Were there repeated drug buys? Were undercover police officers or informants wearing a wire or recording conversations? What texting messages involve trafficking in drugs?

Are there social media or instant messages about the exchange of drugs? What items were found on the person charged? Were there scales? What packaging materials consistent with trafficking drugs did police find? Were there other assets on hand, like large sums of money, weapons, or materials used to "cut" the controlled substances?

One of the key issues in many indictments or accusations of possession of drug paraphernalia is to discover what item or items the police may have that are claimed to be contraband (illegal) items. Plus, when the police found the alleged paraphernalia items, how did law enforcement officers establish possession of paraphernalia against our client, unless he or she was physically carrying the items when arrested?

Drug Paraphernalia in North Carolina normally relates to the use or distribution of both illegal and legal drugs. Examples of paraphernalia are rolling papers or small plastic baggies. Criminal charges may involve things like scales used for weighing drugs or pipes associated with smoking things like marijuana, cocaine, crack, and heroin.

Obviously a lot depends on how substances are taken or consumed. For example, heroin can be inhaled, in powder form. It can also be smoked in a pipe or injected by needle. Any of those things might be the legal basis for criminal charges in North Carolina for paraphernalia.

Exactly what is drug paraphernalia in North Carolina? Read the following: Article 5B. Drug Paraphernalia.

All equipment, products and materials of any kind that are used to facilitate, or intended or designed to facilitate, violations of the Controlled Substances Act, including planting, propagating, cultivating, growing, harvesting, manufacturing, compounding, converting, producing, processing, preparing, testing, analyzing, packaging, repackaging, storing, containing, and concealing controlled substances and injecting, ingesting, inhaling, or otherwise introducing controlled substances into the human body

How are Trafficking Drugs Charges Proved in North Carolina? 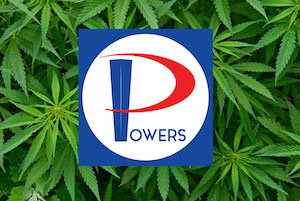 One of the more common legal issues defense lawyers in NC see involves the idea of "actual possession vs constructive possession"of the drugs. Actual possession is a bit easier legal concept or criminal charge to understand. If they find drugs on your person, in your pocket or within your personal items, law enforcement will say you actually possessed the drugs.

Constructive possession is a term used by prosecutors, lawyers, judges, and police officers in court during trials for criminal drug charges in NC. It means the person accused of drug charges is believed to have had the drugs on them OR should otherwise be responsible for the drugs, even if they aren't found on their individual person. Drug trafficking charges in North Carolina involving conspiracy is an example where someone might be accused of constructive possession.

Constructive possession is found when you may not have actual physical possession of an illegal drug, but you have knowledge of the drug and the ability to control or direct where the drug goes.

Under the NC drug laws, it is not required that you have exclusive control over the place where the drugs are found. The "proximity to and knowledge of the contraband" may be enough in certain circumstances for constructive possession charges in North Carolina. That applies to drug paraphernalia charges too.

Occasionally defense lawyers review Discovery Materials with Fingerprint or DNA matching evidence. Of course, the State's case for drug possession charges in Charlotte NC is greatly enhanced if there is a confession or admission to possessing or trafficking drugs.

How Much is Jail Time for Selling Drugs Under North Carolina Criminal Laws?

Most clients who hire us have two primary questions when we meet: (1) How much are your legal fees? and (2) How much jail time for selling drugs?

The answer frankly depends on the nature and circumstances of each individual case. Drug charges in North Carolina take into consideration the type of drug or controlled substance, how much was possessed, how the substance was packaged, and what paraphernalia was present at the time.

We are used to answering online questions like, "How to get drug possession charges dropped?, "How to get DA to drop charges?", and "How to beat drug charges?" Given how serious drug charges are and the potential long-term consequences for being convicted or even accused of drug offenses, that only makes sense.

The answer to each of those questions is: Tell us more. What happened? How much? Where? What? When? There are a LOT of important legal issues to discuss when you talk to a defense lawyer.

Mr. Powers has been annually listed by top legal directories such as Martindale-Hubbell (America's oldest), Super Lawyers, and Best Lawyers in America.

Bill and his law partner, lead a three-attorney, Charlotte-based law firm, with a law office emphasis on criminal defense. If you or a loved one are facing North Carolina drug charges, your starting point is to hire an experienced criminal law firm with criminal attorneys who know how to beat a felony drug charge.

Because your phones and computer messages CAN BE TAPPED, our Charlotte lawyers prefer to meet with you IN PERSON. Call our office at 877-462-3841 to set up a FREE initial meeting to discuss your case facts. The meeting and lawyer consultation are FREE, so what do you have to lose?