*For additional information regarding the criterion for inclusion or membership for lawyer associations, awards, & certifications click image for link.
Home
Practice Areas
Criminal Defense
Should I Take a Lie Detector

Should I Take a Lie Detector

People facing criminal charges sometimes worry they’ll be asked to take a polygraph or “lie detector,” not realizing they are outdated, unreliable, and ordinarily inadmissible evidence in a court of law.

“Frankly, lie detectors are much more common in courtroom dramas on TV than in real-live criminal court.”

Our advice to clients, whether it pertains to giving a statement, going into the station to “clear things up and answer some questions,” or submitting to polygraph testing is this:

Take the 5th and Lawyer Up.

What is a Lie Detector Test?

Polygraphs, by their very name (poly = many / graph = tracings or recordings of data), measure several sources of information and record it on a graph.

Psychologists agree there is little evidence to indicate polygraph tests and polygraph testing can accurately tell whether someone is telling the truth or a lie.

Indeed, the term “lie detector” itself is a misstatement of sorts.

A “polygraph examiner” interprets physiological responses to a series of questions.

Increased heart rate, breathing, and changes electrical resistance of the skin, in response to a question and/or due to emotional stress, have consistently been disproven as indicators of honesty.

“Some people think it’s as simple as asking a question and a red light goes off, showing you’re not telling the truth. Fortunately, lie detectors are rapidly going the way of the Dodo Bird.”

The irony is, to say a “galvanometer” (a “lie detector”) is scientifically accurate, and therefore reliable as evidence of any crime or mens rea, is itself not telling the truth.

No. The North Carolina Supreme Court in 1983 found lie detector tests to be scientifically unreliable and therefore inadmissible as evidence at trial.

It’s up the Finder of Fact to determine, using life experience and weighing the evidence at trial, guilt or innocence.

No machine can take away that fundamental protection of the Constitution.

It doesn’t matter whether the criminal charges are felony vs misdemeanor offenses.

The results of a lie detector or polygraph testing are not admissible in North Carolina.

One would be remiss in failing to note, prohibition of lie detector evidence is not limited to the prosecution of criminal charges in North Carolina.

Lie detector tests have been excluded as evidence when sought to be introduced by the defendant:

Should I Agree to Take a Lie Detector Test?

While most everyone in the court system knows and understands lie detectors are not admissible evidence, occasionally police officers threaten a lie detector to see if the accused will give a statement.

Police officers, to some extent, are allowed to bluff.

“I’ve been a practicing Charlotte criminal defense lawyer since 1992. I cannot remember the last time we saw a police officer try to get a lie detector test. At the same time, I have heard of instances where is has been threatened to get consent to search.”

Will the Charges be Dismissed if I Pass a Lie Detector Test?

This again is an area of great confusion if not consternation. 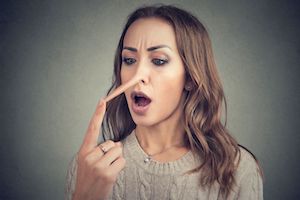 While not admissible at trial, there are instances when positive performance on a lie detector has been used to negotiate a plea and even a dismissal of charges.

Again, that has become increasingly infrequent, as the “art” of conducting and interpreting polygraph testing is largely lost to generations past.

In our experience, most people familiar with lie detector testing have aged-out and retired.

Facing criminal charges, or even just an allegation of criminal wrongdoing, can be a scary, difficult time in your life.

“We firmly believe it’s a good idea to retain the services a Charlotte criminal defense attorney early-on in the process. We can help explain your legal rights and guide you through what has become an increasingly complex system.”

Legal consultations with our team of Charlotte criminal defense attorneys are free of charge. Everything discussed during consultation and legal representation at our law firm is strictly confidential.

You may also email Bill Powers directly at: Bill@CarolinaAttorneys.com