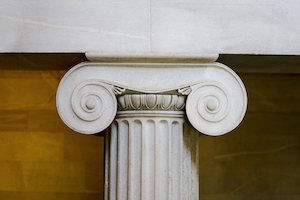 A Motion to Dismiss is subject to a determination of whether there is “substantial evidence” of the prima facie elements of the offense, the crime. Criminal defense lawyers commonly refer to those as the “essential elements” or “first facts.” That’s true whether the allegations involve a misdemeanor DWI charge or felony in North Carolina.

In order to survive a Motion to Dismiss, the State must provide substantial evidence of the elements of the criminal offense or crime. The State, through the prosecutor at the District Attorney’s Office, carries the Burden of Proof and Burden of Production for criminal charges in North Carolina. The “ADA” or Assistant District Attorney must also present evidence that the accused (the Defendant) is the alleged perpetrator.

What is Substantial Evidence?

Evidence of a crime that is “substantial” would be the amount a “rational juror” would need to accept a conclusion that the person accused of a felony or misdemeanor did in fact commit the crime.

The legal standard for such, in determining what constitutes “sufficient evidence” to legally support a conviction for a misdemeanor or felony criminal charge, is considered “in the light most favorable” to the State of North Carolina.

What Does the Jury Do?

The State is entitled to reasonable inferences and “every reasonable intendment” that may be drawn from the evidence admitted at trial.

The legal issue of whether the prosecutor (the State) provided substantial evidence of each of the essential elements of the crime is a matter or question of law.

If at trial the State presents substantial evidence of the crime, be that through circumstantial or direct evidence of guilt, supporting a finding that the crime or crimes charged were committed and that the Defendant is guilty as charged, the jury determines whether the accused is Guilty or Not Guilty.

In such instances, a Motion to Dismiss the charges would be likely denied.

Sufficient Evidence for a Jury Verdict

Under the NC Criminal Laws, it can be hard to distinguish between a “mere scintilla” of evidence and sufficient evidence to allow the jury to decide what happened and whether Defendant is guilty or not guilty.

In making that determination, the State bears the Burden of Proof. That “burden” is proof Beyond a Reasonable Doubt.

What Should I Do if I Was Arrested?

If there is any evidence that tends to prove a fact at issue, or evidence that leads or brings about as a legitimate and fairly logical deduction that rises to a level above conjecture or merely a suspicion, the case is to be decided by the Finder of Fact.

In many if not most Superior Court cases, the Finder of Fact is the Jury.

The NC Constitution was amended in 2014 to allow the accused (the Defendant) to Waive the Right to a Trial by Jury. The NC General Assembly, consistent with that constitutional amendment, established protocols for the proper and careful determination of whether the Defendant fully and completely understands their legal rights regarding a trial by jury.

What if There is Inconsistent Evidence at Trial? 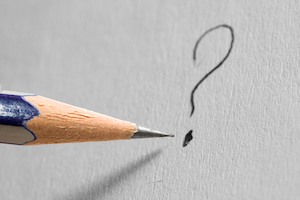 A conviction may be supported by circumstantial evidence, even if the materials present do not necessarily rule out every theory or hypothesis supporting a finding of innocence and/or a Not Guilty verdict.

In order to be deemed “substantial,” evidence does not have to be uncontroverted or irrefutable. Under the criminal laws in North Carolina, the evidence presented only needs to be “such as would satisfy a reasonable mind” such that any conclusion is adequately supported.

What is the Function of the Jury?

Once the Judge (the Court) makes a ruling on whether there exists, as to the Defendant’s guilt a reasonable inference drawn from the facts and circumstances of the case, it would thereafter be for the jury to decide whether the Defendant is Guilty Beyond a Reasonable Guilt.

As is referenced in the Criminal Pattern Jury Instructions in North Carolina (PJI) the jury in making its decision may rely on some or portions of the evidence, if properly admitted. The jury may take the facts and evidence in combination with one another or singly, in making its determination of whether the accused is Not Guilty or Guilty as charged.

"In close cases, there is a strong preference in North Carolina to submit issues in dispute to the jury. That’s their function and role. They are to determine, using their life experiences, what happened and if the Defendant is responsible."