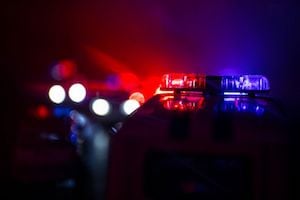 If you’ve been charged with an Indecent Exposure offense, it’s a good idea to lawyer up. There are possible long-term consequences above and beyond answering embarrassing questions during a job interview if convicted.

It is important to understand that certain behaviors some people may consider harmless or possibly even funny can land you in serious trouble with the law.

Even the act of urinating in the woods can be deemed a criminal offense in both Carolinas.

If you have been charged with indecent exposure, it is imperative that you contact an experienced criminal law attorney. Depending on the nature of the allegations certain exposure laws may qualify sex crimes.

The legal system takes such matters seriously. You should too.

Indecent exposure is defined as the exposure of one’s “private parts” in a public place in the presence of one or more individuals.

Each of the terms in the definition has a specific legal meaning of significant importance.

What should I do if arrested?

For example, the act of engaging in sexual acts with your spouse, girlfriend, boyfriend, or sexual partner in a vehicle parked in a public place can be considered indecent exposure under North Carolina criminal laws.

What Parts of the Body are Considered “Private?”

Under North Carolina law, “private parts” means the exposure of male or female genitalia. However, the exposure of a woman’s breasts or a person’s buttocks is not considered indecent exposure.

Clients often ask, “Is indecent exposure a felony or misdemeanor charge?” Normally such matters are considered misdemeanors, but there are important exceptions to consider.

There is a felony charge in North Carolina called aggravated indecent exposure.

Aggravated indecent exposure involves the exposure of one’s genitalia to an individual under the age of 16. Another element of the offense requires the exposure to be for purposes of sexual gratification.

What are the Penalties? Can I go to Jail for Indecent Exposure?

In North Carolina, the maximum penalty for indecent exposure is $1,000 and jail time of up to 30 days.

Aggravated indecent exposure is considered a Class H felony, which carries the potential for prison time and obviously the negative consequences of being a convicted felon.

Should I hire a lawyer

Additionally, courts may require the Defendant to be placed on probation (supervised or unsupervised probation), perform community service, and/or take behavioral intervention classes.

In determining a suspended, probationary sentence, the Judge is given broad discretion in setting the terms and conditions of probation.

What is indecent exposure in South Carolina?

However, it is important to note that breastfeeding in public is not to be construed as indecent exposure and is not illegal.

What are the South Carolina Penalties? 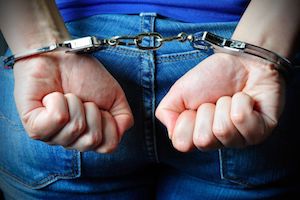 A person convicted of indecent exposure in South Carolina can face a fine and/or up to 3 years in prison.

Additionally, you may have to register as a sex offender based on the factual basis of your case and severity of the charge. That’s serious stuff. Sex offender registry is not to be taken lightly.

If you have been charged with indecent exposure in North Carolina or South Carolina, it is imperative that you contact an experienced criminal attorney immediately who can advocate on your behalf in court.

At Powers Law Firm, we walk you through the applicable law and advise you as to the proper strategies to take. We understand the intricacies of the criminal laws in North and South Carolina and can guide you through the process.

Attorneys Chris Beddow, and senior firm attorney Bill Powers are all licensed to practice law in North Carolina and handle criminal charges including serious felonies, misdemeanors, and sex crimes. Attorney Chris Beddow is the only attorney associated with the firm who is licensed in South Carolina. As such, Mr. Beddow is responsible for all South Carolina criminal charges and SC legal content for the firm.