Allegations of both misdemeanor or felony charges in North Carolina are serious. There are consequences to criminal charges, some that may literally change your life and your ability to make a living. While some NC criminal laws and sentencing (if convicted) can have harsh results, few carry the stigma as those requiring sex offender registration in North Carolina.

“Registration as a Sex Offender in North Carolina affects where you can live, where you can work, and in some instances, who you can talk to. Offenses involving sex offender registration in North Carolina also carry the potential for high bonds, extended jail time waiting for trial, and extended prison sentences.” Bill Powers, NBTA Board Certified Criminal Law Specialist

The NC criminal laws involving sex offenders is actually called the “Sex Offender and Public Protection Registration Program.” In addition to certain sex crimes and sex offenses in North Carolina, like forcible sex offenses, there are other allegations of criminal charges that are considered an unacceptable threat to public safety and thought to pose a significant risk to the general public or the welfare of children.

Those criminal charges are covered under N.C.G.S. 14-208.5 and may have absolutely nothing about them related to sexual conduct or illegal sex offenses. One such serious felony charge in North Carolina is Kidnapping. To be clear, there are times when Kidnapping charges are related to sex crimes and sexual offenses against minors.

At the same time, Kidnapping in North Carolina may also be related to crimes against a person, including things like robbery charges, armed robbery (robbery with a dangerous weapon) and Common Law Robbery.

Under the North Carolina criminal laws, 1st degree Kidnapping, and 2nd degree Kidnapping fall within the purview of N.C.G.S. 14-208.6 and may qualify as offenses against a minor. That’s true also for felonious restraint, under Chapter 14: Criminal Laws and N.C.G.S. 14-43.3, as well as Felony Abduction of Children N.C.G.S. 14-41.

All those criminal offenses require sex offender registration in North Carolina if the following are true:

If both those questions are “yes” in felonious restraint, abduction or children, first degree kidnapping, or second-degree kidnapping, the defendant is subject to sex offender registration in North Carolina. An experienced Criminal Defense Lawyer Charlotte NC can help explain these and your other legal options.

Top 3 Things To Do If Arrested

It is important to note, registration is mandatory in those instances. It is not within the discretion of the trial court judge (Superior Court Judge) or optional, unlike the criminal charges in NC of “sale of a child” or “secret peeping.” Furthermore, if the person accused of the crime is under 18 at the time of the offense, registration as a sex offender in North Carolina is required, even if the offenses are against another minor.

Who is a “minor” under the North Carolina criminal laws? 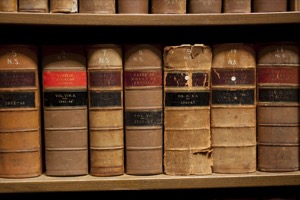 Unfortunately, the sex offender registration statute in North Carolina does not specifically set forth or define the age of a “minor.” Given the nature of the criminal charges, prosecutors could reasonably argue a minor is someone under the age of 18 years old, rather than a child under the age of 16 years old.

Does the sex registration law in North Carolina include “legal guardians?”

As stated, sex offender registration may apply in instances where the person accused of criminal charges is not a parent. Unlike the felonious restraint, a legal guardian does not have the same protection against the law as a parent.

A parent under the NC sex registration laws means an adopted parent or biological parent (through blood). The words “custodian” or “legal custodian” were removed the NC criminal law statute. Similarly, a “step parent” is not protected, per North Carolina v. Stanley, a 2010 NC Court of Appeals decision.

Proof Beyond a Reasonable Doubt and the Burden of Proof 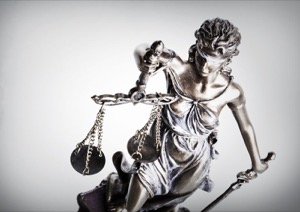 Normally factors that aggravate sentencing in North Carolina, for both felony or misdemeanor charges, must be proven Beyond a Reasonable Doubt. What requires sex offender registration in North Carolina as “offenses against a minor,” is determined by the trial court, in criminal charges involving convictions for felonious restraint, kidnapping, or abduction charges in North Carolina.

Sex Offender Registration in North Carolina is not considered a punishment. (The defense lawyers at our firm do not defend this NC criminal law, we’re merely explaining it.) As such, the decision to require registration apparently does not fall within the standard sentencing protocols for criminal charges.

The underlying criminal charges all must be proven Beyond a Reasonable of Doubt by the State, as part of the Burden of Proof. And unless you waive your Constitutional Right to Trial by Jury, (Due to a Constitutional Amendment, a Bench Trial is now authorized for certain felony criminal charges in North Carolina with a proper waiver by the accused and inquiry by the Court), the District Attorney’s Office is still charged to prove each and every element of a criminal offense Beyond a Reasonable Doubt.

The State would also still need to present evidence the Defendant is not the parent of the alleged victim and prove the age of the “minor child.” The Court makes its findings within the Judgment and Commitment in North Carolina, marking the box “reportable conviction” within the Administrative Office of the Courts (AOC) form “AOC-CR-615.” 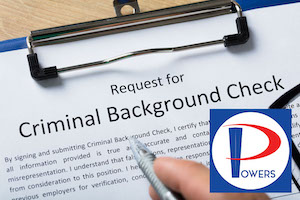 Furthermore, if the Court’s findings result in a possible additional punishment, that would normally require Proof Beyond a Reasonable Doubt by the State.

If the conviction (judgment) is entered as part of a Guilty Plea by the person facing allegations of criminal charges, the State may not have the same Burden of Proof.

If convicted after a Jury Trial, it’s possible the factors mandating a “Reportable Offense” may be found through what defense lawyers may refer to as a Special Verdict, where there the Finder of Fact (normally the Jury in North Carolina) decides whether certain aggravating factors have been proven by the State (the prosecutor / Assistant District Attorney).

If you or a loved one is facing serious criminal charges in North Carolina, both misdemeanor or felony, it makes sense to seek legal representation without delay.

“We believe it’s imperative to being gathering evidence and preparing your defense strategy without delay. Given some well-intended, but potentially harsh sentencing in North Carolina, it makes sense for your defense attorney to understand your charges. After thorough preparation, we can explain your best-case and worst-case scenarios.” Bill Powers, Criminal Defense Lawyer NC

Everything you tell our Defense Lawyers is strictly confidential and subject to the “attorney client privilege.” We help people with drug charges, robbery charges, and DWI in North Carolina.