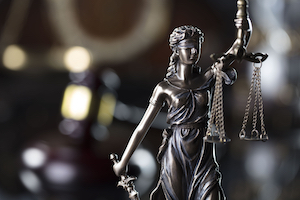 Arguments by attorneys made at trial fall within the discretion and control of the Trial Court judge. Judges possess discretion in determining what is proper in closing arguments at trial by both the prosecution and the criminal defense lawyer.

Unless clearly calculated to prejudice the jury or extremely improper, remarks by counsel are subject to the Court’s discretion. But for what is called an “abuse of discretion,” a decision by the Court as to the propriety of opening and closing arguments will not be overturned.

Is an Objection Required?

If closing arguments exhibit extreme impropriety, the Court may be mandated to intervene ex mero muto or “of one’s own accord.”

In the instance that Defense counsel did not believe the State’s closing arguments to be prejudicial as they were “originally spoken,” it ordinarily would not be an abuse of discretion for the Court not to sustain its own objection or act to remediate the error.

The legal standard to review arguments by the State, particularly those that do not provoke an objection by defense counsel, is whether the closing arguments are so grossly improper as to cause a reversible error.

The appellate courts review the trial transcript, analyzing whether the State’s closing arguments were so improper that the trial Judge should have stepped in. The Court in exercising its discretion is charged with the responsibility to:

What is a Grossly Improper Argument?

Arguments that are grossly improper if they deny the Defendant Due Process of Law and extreme to such extent that a criminal trial of the Defendant is fundamentally unfair.

It does not matter whether the allegations against the accused are a felony or misdemeanor charge. Arguments of counsel, including those made on behalf of the State by the prosecutor, must not stray so far out-of-bounds to impede or otherwise serve to preclude the Defendant his or her right to a fair trial.

Unintentional misstatements of fact or understandings of evidence ordinarily do not rise to the level of reversible error. The NC Supreme Court does not “impose a perfection requirement” on legal professionals in court, including the attorneys and trial judge. 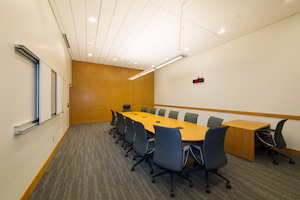 Improper remarks by legal counsel at trial may include things like:

Prior to deliberation, the Court provides information to the jury about the essential elements of the crime, what is necessary for the State to prove, burdens of proof, and other constitutional rights that affect the ability of the accused to receive a fair trial.

That is accomplished using the NC Criminal Pattern Jury Instructions or “PJI.”

One such instruction, relevant to misstatements of fact during closing arguments by counsel, is the admonition of the Court for jurors to “be guided exclusively by your own recollection” of the evidence.

Jurors are read, often verbatim, relevant portions of the Pattern Jury Instructions both before and after closing arguments by the State and defense counsel.

The Court of Appeals in North Carolina opines, in part:

“Trials are not carefully scripted productions.”

Except for gross or extreme impropriety in closing arguments the “[J]udge should not be thrust into the role of an advocate. . .” in the event of a perceived possible misstatement of the fact pattern when the Defense lawyer does not object.