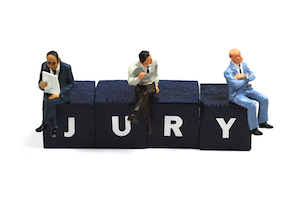 The right to a jury trial for criminal charges is considered one of the most important principles of both British and American law. A trial by jury is a fundamental legal right.

Indeed, it is listed as one basis for American independence from the British crown as set forth in the Declaration of Independence. One of the “repeated injuries” suffered at the hand of King George III was the deprivation “in many cases” the benefits of a Trial by Jury.

The United States Constitution requires that in all criminal prosecutions the accused shall enjoy the right to an impartial trial by jury in a state or district where the crime has been committed.

The North Carolina Constitution follows suit, ensuring that no one may be convicted of a crime without the benefit of an impartial jury, consistent with the Fourteenth Amendment.

Can I be Required to Waive My Right to a Jury Trial?

Someone accused of criminal charges in North Carolina cannot be forced to waive their right to a trial by jury.

People facing allegations of both felony and/or misdemeanor criminal offenses traditionally could not waive the right to a jury trial even if they personally preferred what criminal defense lawyers in NC may refer to as a “bench trial.”

As long as the defendant's plea remained not guilty, a jury trial in a criminal case could not be waived by the accused in Superior Court.

In 2014 the citizens of the state of North Carolina voted to amend the NC constitution thereby authorizing criminal defendants in almost all matters to waive their traditional right to a jury trial.

One notable exception is that a criminal defendant still cannot waive their right to a trial by jury in matters that involve the death penalty. Defense attorneys, prosecutors, and other legal professionals may refer to such matters as “capital” cases.

As a result of such, the North Carolina General Assembly enacted legislation setting forth the procedures and protocols to waive the Right to a Jury Trial.

Defendants who are in Superior Court may voluntarily and knowingly, on the record in open court, or in writing, and with the consent of the trial judge, waive their right to a jury trial.

That process requires several things. Prior to the Court (the Judge in the Superior Court matter) allowing such a waiver, the Court must:

A waiver cannot be implied. It must be very clear, often on the record or memorialized in writing, and without question. Silence does not constitute a waiver.

Should I Waive My Right to a Jury Trial? 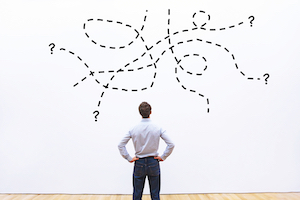 Waiver legal rights, particularly regarding criminal charges in North Carolina, deserve careful consideration of both the relevant law and facts. The jury system and juries of 12 are complicated at best.

There are times when one may wish to waive a trial by jury because of the unique nature of the fact pattern. Juries and jury verdicts can be unpredictable. A jury determination, as the finder of fact, may be based on emotion and implicit prejudices.

There are also times when legal counsel may seek to preserve certain legal issues for an appeal to the North Carolina Court of Appeals.

The key is to proceed with caution, making sure the person accused of criminal charges fully and entirely understands their legal rights. That is true whether the allegations involve DUI charges in North Carolina, a felony, misdemeanor charges, or even a speeding ticket that may amount to a criminal offense.

*Certain motor vehicle offenses (Chapter 20 NCGS) are considered criminal misdemeanor charges in NC. That is not true for all traffic tickets. Some traffic citations may be deemed Infractions are not categorized as a misdemeanor criminal charge. Consult an experienced attorney to determine whether your traffic ticket falls within any such designation.

Can I Appeal a Court Error?

Certain errors that take place in court may be corrected after the fact. The United States Supreme Court defines a structural error as a defect that affects the framework within which the trial proceeds and is not an error in the trial process itself.

Essentially, a structural error is a defect that affects the entire conduct of the trial from the very beginning to the very end.

What Happens if I Have a Warrant?

The US Supreme Court has previously noted six examples where a structural error has been found:

The North Carolina Supreme Court has applied the United States Supreme Court’s structural error interpretation. In those instances, the defendant made a preliminary showing that certain Constitutional Rights were in fact violated and further that such violations rendered the defendant's criminal trial fundamentally unreliable or unfair in determining whether the accused is guilty or innocent.