*For additional information regarding the criterion for inclusion or membership for lawyer associations, awards, & certifications click image for link.
Home
Practice Areas
Criminal Defense
Why are Criminal Charges Dismissed in Charlotte?

Why are Criminal Charges Dismissed in Charlotte? 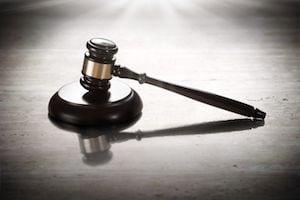 One of the first steps to criminal prosecution in North Carolina often involves an arrest and thereafter meeting with a Magistrate Judge who sets terms and conditions of release.

Of course, that assumes there is an arrest in the first place.

Certain jurisdictions, Charlotte being one of them, have procedural safeguards in place that are intended to limit unnecessary arrests and feckless criminal prosecutions.

Certain matters necessitate the prosecutor’s office clearing and/or otherwise signing-off on an officer’s application for a Warrant for Arrest with a Magistrate Judge. That occurs prior to the formal institution of charges.

In the event the prosecutor does not see merit in a criminal prosecution, either due to issues in the law or lacking evidence, a “dismissal of charges” essentially takes place prior to formally accusing someone of a felony or misdemeanor charge.

Frankly, that is a smart and entirely appropriate stewardship of limited resources.

While it requires a fair amount of front-end work on the part of the DA’s Office and law enforcement, screening criminal charges early-on ultimately saves time and money.

The decision to prosecute or not to prosecute any matter in criminal court (with very few exceptions) is in the sound discretion of the Office of the District Attorney and not the charging officer.

As such, some level of review by prosecutors prior to an application for an arrest warrant and taking someone into custody (jail) can be an effective way of culling out weaker “it’s a stretch” prosecutions.

With limited resources, DA’s Offices throughout North Carolina must carefully consider the time, effort, and the likelihood of success in criminal prosecutions.

Balancing the Costs of Incarceration and Criminal Prosecution

There is a practical, financial consideration of the resources expended to arrest someone accused of a crime, take them into custody, fingerprint, photograph and process them, and thereafter house them in the jail if they are unable to post bond.

Arresting someone for either a misdemeanor or felony charge may also result in appointment of legal counsel (public defender), which the State of North Carolina ultimately absorbs the cost if the charges are dismissed or if the Defendant is found not guilty.

Taking a defendant into custody and setting a secured bond also, by statute and Constitutional fiat, mandates the expenditure of court time involving Clerks of Court, Deputies, Judges and other court personnel.

Reviewing bonds, conditions of release, and the continued in custody status of people charged with an offense, all of whom enjoy the presumption of innocence, is a time-consuming, laborious process.

In jurisdictions as big a Charlotte, it takes time to get an inmate in front of a judge. It also requires the attention and attendance of the DA’s Office personnel (an assistant district attorney), a defense attorney, Clerks of Court, courtroom deputies, and representatives of Pretrial Services.

An initial appearance, Bond Hearing, and Probable Cause hearing all may sound simple enough.

In practice, getting all the legal professionals together in a courtroom, with the correct paperwork and the correct Defendant, at times seems nothing short of a miracle.

Charlotte is a big city. Even with a progressive screening process, there are literally thousands of criminal charges in Mecklenburg County.

North Carolina Spends too Little on its Court System

Clearly, in many ways Charlotte, due to the size and overall number of cases within the system often operates as the exception to the general rule. . .and that’s a good thing.

Many, if not most prosecutorial districts leave the arrest-decision to the individual officers and/or law enforcement agencies.

Serious felony charges, including involving property offenses such as embezzlement, felony larceny, larceny by employee and crimes of “theft” often take a substantial amount of time to investigate prior to the institution of charges.

Of course, that can also be true for crimes against persons, homicide prosecutions and those alleging Felony Death by Vehicle, Felony Assault by Vehicle, and other DWI/DUI charges with complicated fact-patterns necessitating forensic evidence reviews.

Assessing and disposing of cases, before the wheels of justice truly begin to grind, allows for prosecution of serious matters with legal merit.

An effective criminal defense strategy often starts early on, during the investigation and before charges are brought.

“We encourage people to call us before giving any type of statement. Preserving your legal rights deserves careful consideration of the allegations and a plan.” 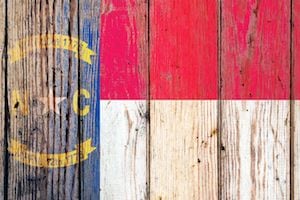 We meet with potential clients, assess the criminal allegations, and provide information about how the legal system work all free of charge.

In the event you decide to retain our law firm for legal representation, we work hard to make legal fees affordable. We accept payments (payment plans) when possible, understanding getting arrested is rarely something people plan for.