What is Probable Cause in North Carolina? 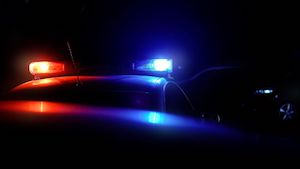 The Fourth Amendment of the US Constitution establishes what is probable cause and what is required for a warrant, answering the questions, “When can the police arrest you?” and “When can police search?”

The 4th Amendment establishes the constitutional protection of, “The right of the people to be secure in their persons, houses, papers, and effects, against unreasonable searches and seizures. . .”

It further makes clear your constitutional rights, “[S]hall not be violated. . .” If the police violate your rights, that can lead to the suppression of evidence and possibly the dismissal of criminal charges for lack of evidence.

The 4th Amendment says that, “[N]o Warrants shall issue,” that means there cannot be arrest warrants or search warrants, “but upon probable cause.”

Unfortunately, the Bill of Rights, which includes the first ten Amendments to the US Constitution, does not specifically define what is probable cause or when police do not have probable cause to arrest or search.

What is Required for a Warrant?

Warrants, including search warrants, must supported by an Oath or affirmation. Swearing an oath or swearing on the Bible or other holy text is not required.

An affirmation is a promise to tell the truth.

That means police must formally confirm they’re telling the truth, under the threat of possible criminal prosecution for perjury, about the facts.

That may be accomplished by way of an Affidavit or during oral testimony before a judicial official as part of the application for a Warrant.

In order to meet the probable cause standard, an application for a warrant must include, in detail, the facts and allegations, “particularly describing the place to be searched, and the persons or things to be seized.”

Where Does Probable Cause Come From?

The “warrant requirement” provision was added by the founding fathers of the US Constitution.

The Bill of Rights is intended to be a protection against unfair and illegal government intrusion and laws as experienced under King George the III and English rule.

Criminal lawyers in North Carolina may refer to the laws we have from Great Britain as the “Common Law.”

In order to enforce revenue laws during the early days of the Colonies, the King, through English authorities, would issue what were known as “writs of assistance,” requiring entry of the home to search for and seize “prohibited and uncustomed” goods, as well as requiring the occupants to assist.

The inclusion of the Fourth Amendment was a direct response to prevent this degree of government tyranny and intrusion into your home and personal life.

Interestingly enough, those “writs” were intended to find items the early colonists would hide, such as tobacco, cotton, and tea, to avoid paying taxes.

What Does Probable Cause Mean?

The term “probable cause” is a very abstract one. As such, it can be hard to understand.

It is an often-disputed legal issue in court between prosecutors and criminal lawyers. Probable cause can be involved in misdemeanor and felony charges, depending on the fact-pattern.

Who is the Best Criminal Defense Lawyer in Charlotte?

Reasonable minds may differ on what is probable cause and what is an “unparticularized hunch” or guess.

Though the text of the Constitution uses the term probable cause, it does not define it; therefore, the definition is really a judicial construct.

That means the law of the land, even though set forth in the Constitution, is interpreted and defined, at least in part, by judges and appellate courts reviewing the legal issue and the general protection as set forth in the 4th Amendment.

Essentially, probable cause is the standard required for officers or government agents to search, seize, or arrest an individual’s person or property.

Sometimes that may be defined as a reasonable belief by the officer, based on the circumstances prior to arrest or search, of the suspect’s guilt and/or the criminal accusations.

That’s different from reasonable suspicion, thus resulting in possible confusion over the law.

Is a Warrant Required?

The Constitution does not prohibit all searches and seizures; it just prohibits searches (search warrants and arrests) that are unreasonable.

It therefore follows that a search, seizure, or arrest without probable cause is an unreasonable one, absent an exception to the general rule.

What are the Top 3 Things to do if Arrested

A search and seizure will be deemed unreasonable if it doesn’t follow the NC criminal laws, the Constitution of NC and the US, and caselaw regarding what is probable cause.

For example, Katz v. United States explains in part, “Searches conducted outside the judicial process, without prior approval by judge or magistrate, are per se unreasonable under the Fourth Amendment.”

Entry into your home, even without a search warrant or arrest warrant, may be justified by exigent circumstances (or emergency) such as the hot pursuit of a fleeing felon, the imminent destruction of evidence, need to prevent a suspect’s escape, or the risk of danger to the police or other persons.

The general rule is police can’t just kick in your door without a very good reason.

What Does Plain View Mean? 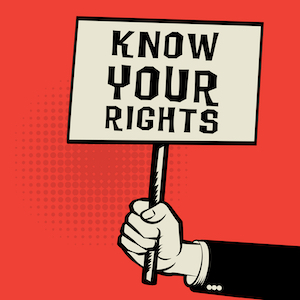 Another far reaching exception to the Warrant Requirement is the plain view doctrine.

This exception allows officers to seize evidence without a warrant if:

When is a Search Constitutional?

One of the most common ways in which an officer makes a constitutional warrantless search is through simple consent by the individual whose premises, effects, or person are to be searched.

The exceptions have permeated almost all conceivable circumstances faced by law enforcement and are beyond the purview of this general article.

Applying for a Warrant

The issue of probable cause arises in two common situations:

In the first situation, it may be a neutral magistrate (or Judge in NC in certain circumstances) who makes the probable cause determination based only on the officer’s testimony from a signed affidavit.

In the latter case, it is the officer him or herself that make an “arrest decision” supported by probable cause.

How to Pay for a Lawyer: Financing Legal Fees

In either case, the existence of alleged probable cause can be reviewed later by a trial judge at a suppression hearing.

Is Probable Cause Important?

The concept of probable cause is one of the key safeguards to the protection of our privacy and against intrusion by the government.

It is what separates our society from one similar to George Orwell’s “1984,” where Big Brother dictates all aspects of our day-to-day lives.

Though some may argue the exceptions have attempted to hollow it out, it has stood firm and has been a steadfast shield to the liberties and freedoms of its people.

If you’ve been accused of a crime, we may be able to help.

Our goal is to protect your best interests and legal rights.

The NC Criminal Laws regarding search and seizure issues and those involving what is probable cause (and what is NOT probable cause) can be intricate and complicated.

For criminal charges in Charlotte and DWI charges in NC, we provide a free consultation.

We keep secrets. What you tell us in consultation is confidential.

You may also email Bill Powers directly at Bill@CarolinaAttorneys.com