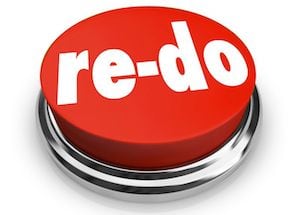 The North Carolina General Assembly occasionally modifies the criminal laws to provide clarity on how things are supposed to be handled in court and to further provide guidance as to legislative intent behind the various criminal statutes.

Given the complexity of the MAR laws in NC, that’s a good idea.

Admittedly, providing “relief” to people convicted of criminal charges has traditionally been limited if not rare. That’s not politically popular or something the general public always fully understands.

Until either you or someone you love has been steamrolled by the criminal justice system, it’s hard to fathom that our criminal courts are imperfect at best. Anything devised and operated by humans is subject to error.

No one in our legal system, including prosecutors, judges, and defense lawyers, wants an unjust verdict. Legal professionals are committed to the rule of law, true justice, and fair play.

That's why we went to law school. We’re zealous advocates. We care about our communities. We want to serve others, although we may do that in very different ways.

Clearly, if you’ve ever felt wronged by the legal system, that proposition can be a bit hard to swallow. We get that.

Defense attorneys are passionate about ensuring the fundamental precepts afforded to us all under the Constitution are followed. We want the laws equally and fairly applied.

Very little bothers us more than to hear someone was wrongly or unfairly convicted. Indeed, that’s one reason we practice law. We want to help people in need.

We stand up to powerful interests, popular opinion, and unfair biases.

Because of that, some of the changes to the MAR rules and the ability to obtain a previously impossible expunction of charges (in certain circumstances) is refreshing to the soul.

“We’ve seen a recent, remarkable shift in thought at the legislative level regarding convictions and the ability to clear your record. When appropriate, a MAR can be a powerful tool to get your good name back.”

You deserve careful consideration of eligibility for a MAR and/or an expungement.

CALL RIGHT NOW to find out if we can help. The consultation is free.

In relevant part 15A-1420 was amended to allow for a greater level of freedom in authorizing relief from unjust judgments, further authorizing the parties (the Defendant and the State) to "enter into an agreement” regarding the terms and/or rationale behind such agreements.

The amendment to the law allows review of any aspect of such an agreement regarding the MAR, whether it be procedural in nature “or otherwise.”

The legislative action in 2013 may at first blush appear to be a bit confusing. The General Assembly made changes to repeal certain MAR timing restrictions, yet also retained other aspects of Chapter 15A-1420(e).

The inference drawn by defense lawyers and prosecutors has generally been that the Legislature intended to authorize the District or Superior Court Judge to grant relief, setting aside a guilty plea or finding of guilt after trial, when and if the Defendant and the State (the prosecutor) consent.

It’s important to note, there must still be legitimate grounds for granting post-conviction relief.

Generally speaking, it appears the purpose of repealing in part, yet maintaining 15A-1420(e) was to expedite the process, eliminating the need for protracted hearings and litigation on the legal issue.

The General Assembly in 2013 further provided for another way to vacate a judgment entered under N.C.G.S. 14-204 (the NC prostitution law).

What Type of “Relief” is Available?

Per Chapter 15A-1417, there are different types of relief that may be granted by the Judge, one of which includes vacating a judgment entered including pursuant to a Guilty Plea.

“Vacating a judgment means the criminal conviction is set aside. That means even if you pleaded guilty, there may be the possibility to get the conviction off your record.”

Obviously, there are no promises in any of this. Each case-history and legal scenario is different.

You should not rely on advice, as well-meaning as it may be, given by friends or family. The smart thing to do is speak with a defense attorney who is experienced handing such matters.

At our law office, we do NOT charge for legal consultations involving inquiries about MAR’s or Motions for Appropriate Relief.

We are in the business of helping people. We want to provide sound legal advice.

And most certainly, if you’re suffering due to the negative consequences of an unjust conviction or legal error, we’d like nothing more than to see justice served.

At the same time, our firm regularly fields questions on legal matters where we can’t help.

As much as we wish that weren’t the case, there are just times when the law still doesn’t allow for any form of relief.

That is especially true in inquiries where potential clients ask, “Can I get my charges expunged?”

We mention that in a post about how to obtain an MAR in North Carolina, because the two (expungements and MAR’s) often work hand-in-hand.

The General Assembly seems to understand that, as 15A-1420(e) very much appears to be an overt effort to help a certain class of convicted defendants clear their record. That’s truly remarkable.

It’s important to note, an Order vacating the judgment, which sets aside the Guilty Plea or verdict after trial, DOES NOT NECESSARILY RESULT IN A DISMISSAL OF CHARGES.

That is often something people misunderstand. Vacating a judgment is a “Do Over” of sorts. It resets the clock. At the same time, it’s not the same thing as getting your charges dismissed and by no means is it automatic or guaranteed.

The Assistant District Attorney (ADA or “the State”) may decide to re-try the case. And while the parties may consent to the MAR, there are also times when the State very much does not agree to such Motions.

If a Judge enters an Order, granting the relief sought, there are instances where the State may seek to obtain another conviction. That does NOT violate your 5th Amendment Double Jeopardy Rights.

At the same time, one form of relief available pursuant to a MAR is in fact a dismissal of charges by the Judge.

The Court in its Order, may both set aside a verdict or judgment on criminal charges and ultimately enter a dismissal of charges.

And, once again, getting your charges dismissed is not the same as an expungement or expunction under N.C.G.S. 15A-146. That’s a separate, distinct legal process. 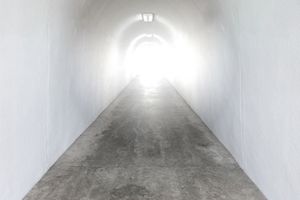 If you have questions about any of this, we’re more than willing to take a look at your legal matter and tell you what we think.

With many such legal issues, normally that involves a quick phone call. We like to ask a series of questions regarding the procedural history of the matter, including whether you were represented by legal counsel at the time of the entry of judgment.

Again, a MAR is not limited to matters where the accused pleaded “not guilty” as was only found guilty as charged after trial. There are instances when relief may be granted even after guilty plea.

You may also reach Bill Powers by email at: Bill@CarolinaAttorneys.com