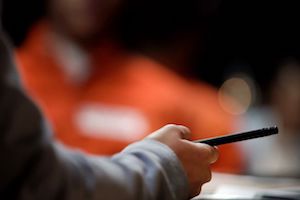 It often falls to a loved-one to research lawyers online. That’s especially true with allegations of murder or manslaughter.

In part that’s because the person accused of the offense may be at the Charlotte-Mecklenburg Law Enforcement Center (LEC) awaiting questioning (interrogation) by police or waiting to be taken to the jail and otherwise not able to call a lawyer.

“If someone you love has just been arrested for murder charges in Charlotte, tell them to ask for a lawyer and take the 5th. That means they should say nothing and remain silent.”

Also realize that your jail conversations (including phone calls and video conferences) have a good chance of being recorded. Do NOT talk about the specifics of the case.

Despite repeated warnings by defense lawyers, recorded messages, and even warning signs inside the jail, people talk about things when they shouldn’t.

As such, phone calls and video-conferences at the jail are regularly used as evidence against the accused at trials.

While you may have heard that legal term, many people don’t understand what it includes or where it comes from.

If you take the fifth that means you wish to exercise your Constitutional Right to remain silent. That right is set forth in the Fifth Amendment of the United States Constitution.

There are actually several different protections afforded under the Fifth Amendment including:

When people talk about “taking the fifth,” what they’re normally referring to is the Constitutional language where “no person” may be compelled to be a witness against themselves.

That’s generally inferred as the protection against self-incrimination. It doesn’t just apply to trials or trial testimony, although it is limited to criminal charges.

The North Carolina Constitution has similar language, but it technically doesn’t track, word-for-word, with the US Constitution.

Article I, Section 23 of the NC Constitution protects people with criminal charges. Defendants cannot be compelled to give self-incriminating evidence.

The Fifth Amendment is the legal basis for Miranda Warnings. And like Miranda, there are limitations.

For example, issues involving self-incrimination apply only to criminal charges and not civil causes of action. Failure to Mirandize does not automatically result in the dismissal of charges.

How Much Does it Cost to Hire a Lawyer for Murder Charges?

Given the potential life-changing consequences, including the Death Penalty or Life Without the Possibility of Parole, the costs associated with hiring a criminal lawyer, expert witnesses, investigators, and mitigation specialists are astronomical.

Very few lawyers have experience trying a first-degree murder case in Charlotte. It’s become a micro-niche area of practice, limited almost exclusively to public defenders and other public-service private counsel who are paid through IDS.

To be clear, there are some very competent defense attorneys in Charlotte. It’s just that few lawyers have tried a murder case and/or have the time to dedicate a year or more to such a complicated, serious case.

The good news is, we think some of the best lawyers in North Carolina (in our humble opinion, which is clearly an individual, subjective conclusion) work at the Office of the Public Defender.

They are consummate professionals, dedicated to hard work and attention to detail.

Murder or Manslaughter: What’s the Difference?

First and foremost, it’s important to recognize there are different types of “homicide” charges:

First Degree Murder, cases that involve the potential for the death penalty (capital offense) or LWOP/LWOPP – Life Without Parole or Life Without the Possibility of Parole are the most serious type of criminal charge in North Carolina.

It’s those offenses where most people facing allegations would be best served utilizing the serves of a Public Defender or attorney authorized/approved by IDS to serve as counsel.

Those matters are generally paid by the State of North Carolina, although reimbursement for the costs of counsel may be part of a judgment if the accused is convicted.

Some private lawyers handle Second Degree Murder Charges. Again, few defense attorneys have the requisite trial experience and/or have ever taken a 2nd Murder to a full jury trial.

One of the more common fact-patterns for Second Degree charges involves DWI and a “drunk driving” related fatality.

Clearly, they’re still relatively rare in Charlotte, but they do occur.

Should I Hire a Lawyer?

Our law firm provides free, confidential consultations for criminal charges in Charlotte and throughout North Carolina, including for allegations of murder, manslaughter, and felony homicides.

We’re more than willing to provide background information, answer questions, and point you in the right direction.

We are not a lawyer referral service and we are very careful in case-selection. 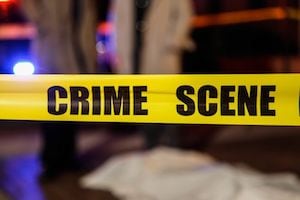 As stated, in instances where First Degree Murder is charged, we often refer people to the Public Defender’s Office. In most instances it’s cost-prohibitive to retain counsel for that level of offense.

For other homicides, including manslaughter, felony death, and Second-Degree Murder, we may be able to provide legal assistance assuming our calendar allows.

If we are not able to help, either because of caseloads, conflicts, or for some other reason, we’re willing to assist in providing names of other legal professionals to you.

Bill Powers is a former President of the North Carolina Advocates for Justice. He has also traveled extensively throughout North Carolina handling criminal charges, DWI matters, and other serious offenses.

He may be able to provide insight into the most appropriate manner to proceed and possibly a referral to another attorney when able.

“Our goal is to help people, which may involve declining a matter for representation and instead helping someone find an experienced defense attorney if possible. I consider it an honor if people call during a time of need.”