*For additional information regarding the criterion for inclusion or membership for lawyer associations, awards, & certifications click image for link.
Home
Practice Areas
Criminal Defense
Improper Arguments by the Prosecutor

Improper Arguments by the Prosecutor 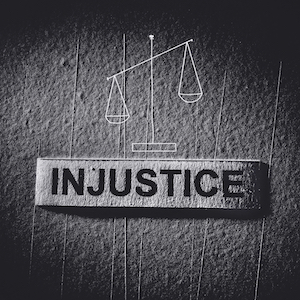 An improper argument by the Prosecutor to the jury may result in a reversible error on appeal. In the event an argument is “grossly improper,” to such extent that the right to a fair trial is impeded, intervention by the Court ex mero motu may be necessary.

Ex mero motu means “of one’s own accord." At trial, there may be times the Court may be required to intercede even without a formal objection by the Defendant or the criminal defense attorney in North Carolina.

Some errors are so problematic and prejudicial to the fair administration of justice that the Judge may be required to step in and take corrective action. And in some instances, a Motion for a Mistrial and Order Directing a Mistrial may be the appropriate remedy.

When is an Improper Argument to the Jury Reversible Error?

The NC Supreme Court has opined that in the instance of “extreme impropriety” by the State (the prosecutor) the Superior Court Trial Judge may be required to intervene.

Guilty or Not Guilty – Who Decides?

One might reasonably ask, “How extreme is too extreme?” The answer tends to be, “When it changes the verdict.”

Some fact patterns are such that an improper argument or improvidently admitted testimony or evidence will not make a difference.

Put simply, even without the error or mistake, the jury would have come to the same conclusion.

Can the Trial Court Correct Errors?

When and if the Court believes there is a problem during the trial, it may be necessary for the Judge to intervene and correct the errors.

What is an Indictment?

It is not an abuse of discretion to fail to intervene if the trial Court did not believe an argument or comment prejudicial as “originally spoken.” 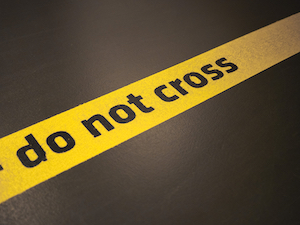 Even if the prosecutor’s arguments are universally condemned or undesirable, that may not be enough to reverse a guilty verdict. The Court may admonish and even sanction the offending party.

That does not necessarily mean the charges will be dismissed or the case thrown out because of improper arguments or commentary.

For a conviction to be overturned, there must be a considered review and determination of whether:

The defendant carries the Burden of Proof on appeal to show:

NC Rules of Court – Protection of Due Process by Procedure

One protection in all Superior Court trials in North Carolina, whether they be for a misdemeanor or felony or even a speeding ticket or DWI charge in NC, involves the Pattern Jury Instructions.

The Criminal Pattern Jury Instructions or "PJI" in North Carolina do more than explain the prima facie elements of a criminal offense.

The instructions, which are almost always read verbatim by the judge to the jury, explains things such as the:

In some instances, the Judge may choose to also provide a written copy of the Pattern Jury Instructions to the Jury.