Rights of the Accused – Release From Custody – DUI

In all criminal prosecutions, every person charged with crime has the right to be informed of the accusation and to confront the accusers and witnesses with other testimony, and to have counsel for defense, and not be compelled to give self-incriminating evidence, or to pay costs, jail fees, or necessary witness fees of the defense, unless found guilty. 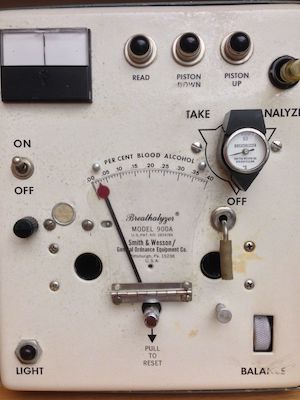 The Sixth Amendment to the United States Constitution provides the right to have compulsory process for obtaining witnesses in his favor and to have the Assistance of Counsel for his defense. Article I, Section 23 of the North Carolina Constitution specifically protects every person criminally charged with the right to confront the witnesses against him with other testimony and to have counsel for defense. Article I, Section 27 sets forth the concept that “excessive bail shall not be required” so as to allow the accused reasonable opportunity to secure his release.

Such basic rights afforded to those accused of crimes are not limited to constitutional axiom. Codification of relevant constitutional protections herein is set forth in N.C.G.S. §15A-501(5) and §15A-511 which provide, in pertinent part, that police officers and magistrates “must without unnecessary delay inform the defendant of his right to communicate with counsel and friends.”

“The rights of communication go with the man into the jail and reasonable opportunity to exercise them must be afforded by the restraining authorities….. The denial of an opportunity to exercise a right is a denial of the right.” State v. Wheeler, 249 N.C. 187, 192-193 (1958) Knoll Motion – Memorandum of Law. Since Wheeler, the North Carolina Supreme Court and Court of Appeals have continued to review Sixth Amendment issues, including those involving allegations of implied consent offenses.

Like any criminal case, an individual charged with Driving While Impaired has the right to obtain witnesses and evidence in his favor, even if such evidence runs contrary to opinions expressed by law enforcement personnel or numerical blood / breath values.

Unlike many criminal charges, proof of impaired driving is fleeting at best. The alleged evidence of intoxication disappears, dissipates, or dematerializes over time. Subject to a host of individual forensic factors, the Courts are regularly called to flesh out what is or is not a critical period of time and whether the accused is “materially prejudiced” by the failure to follow North Carolina General Statutes.

Second, although United States & North Carolina constitutional protections have not changed, statutes pertaining to impaired driving offenses have been regularly amended by the North Carolina General Assembly. Indeed, the definition of the offense itself has changed over the years from Driving Under the Influence “DUI” to Driving While Impaired “DWI.”

Third, measuring impairment has changed with modifications to the North Carolina Administrative Code and the approval of different manufacturers, machinery and methodologies. In fact, the respective Court opinions addressing pre-trial issues have taken place across a span of time when the “legal limit” was reduced from .10 to .08. Approved breath testing devices have run the gambit from the “Smith & Wesson Breathalyzer 900 & 900A,” to the “CMI – Intoxilyzer 5000” through and including the present day “Intoximeter – EC/IR II.”