The Criminal Courts in Iredell County, located in Statesville and Mooresville NC, are consistently packed to capacity. Indeed, there are so many people dealing with criminal allegations and pending traffic tickets, that with increasing frequency there just isn't enough room to fit everyone in the courtroom.

The number of criminal cases for DWI and impaired driving charges, assault, assault and battery, and other felony or misdemeanor charges in Statesville, rival that of some of the largest court jurisdictions in the region.

That is in part due to the fact that Iredell County has seen truly explosive growth since the early 2000s. Our NC criminal defense attorneys regularly appear in Statesville and Mooresville, helping people who have been indicted for criminal charges and DWI cases. In some ways, the Iredell County courthouse is bursting at the seams (especially in Statesville NC), which makes an already complex legal system difficult to navigate.

"One of the first things I tell clients seeking legal representation is this: Be patient. The Iredell County criminal courts are overwhelmed by the population growth, with an ever-increasing number of cases, all scheduled in the same old, relatively small, ‘Hall of Justice' in Statesville NC." Bill Powers 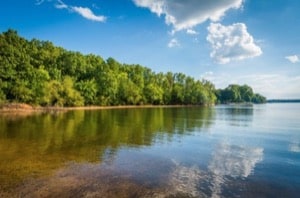 Iredell County is a great place to live. Many of our criminal defense clients reside in Mooresville, near Davidson, and work just over the border (county line) in Charlotte. Parts of Iredell County and Mecklenburg County are separated only by water and the wonderful views across Lake Norman.

Statesville also is the main intersection-point of two of the busiest highways in North Carolina. Interstate I-40, which runs roughly west to east, stretches from the mountains in Asheville, all the way to Wilmington, NC on the coast and is traveled by thousands of motorists on a daily basis. 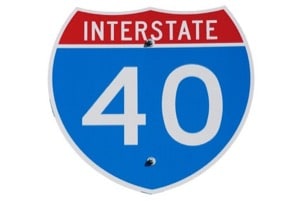 Interstate I-77, a major regional highway that begins near Columbia, SC, runs north through Rock Hill, South Carolina in York County (where our law firm also has an office), crosses the North Carolina state line in Charlotte NC, near Pineville, continues through Huntersville, Cornelius, and Davidson in Mecklenburg County, and then through Mooresville and Statesville, in Iredell County.

After it goes through Yadkin County and Elkin, I-77 eventually ends in Cleveland, Ohio. Millions of vehicles travel I-77. It's one reason Charlotte ranks as one of the most important semi-truck and shipping hubs on the East Coast.

With those two major North Carolina and interstate highways intersecting in Iredell County, come substantial numbers of cars, trucks, and motorcycles. The metrics aren't complicated. With more vehicles on the roadways, the more traffic tickets and criminal charges we see as criminal defense lawyers in Statesville. 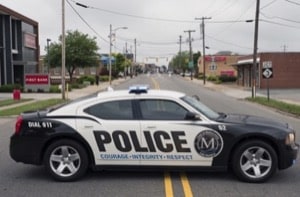 It's not that people in Mooresville or Statesville violate more NC traffic laws or break the criminal laws on a more frequent basis. The Iredell County courthouse is over-flowing because of the massive number of people being cited with tickets and charged with criminal offenses.

"There are more people and vehicles on the roadways, getting tickets for things like speeding, tailgating, following too closely, DWLR, reckless driving, and even DWI. DWI enforcement is big in Iredell County, North Carolina." Bill Powers

How do criminal defense attorneys in Iredell County approach handling criminal charges? Are traffic tickets, DWI charges, and other felony or misdemeanor charges handled differently in Statesville and Mooresville?

North Carolina and the United States are said to be subject to the "Rule of Law." We are a nation of laws.

That means the legislative branch sets forth what is illegal, describing with great particularity what is forbidden under the NC criminal laws. Those "rules" and criminal procedures are reflected in Chapter 14, Chapter 15, Chapter 15A and Chapter 20 of the North Carolina General Statutes.

The purpose of the Rule of Law is to make certain everyone charged with criminal offenses in North Carolina is treated equally. Anyone facing criminal allegations, whether felony or misdemeanor charges in NC, has the same law or laws applied to them, irrespective of who they are or where the alleged crime took place. 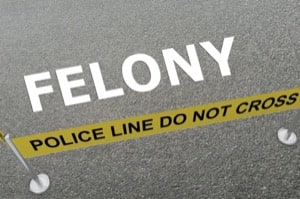 While the criminal courts are given a broad amount of discretion in many matters, that is not true regarding what is legal or illegal in North Carolina. There is no discretion in that. The Rule of Law assumes there is only one set of rules for everyone. The General Statutes aren't meant as guiding principles.

The NC traffic laws, criminal offenses, and criminal procedures under Chapter 20, Chapter 15A, Chapter 15, and Chapter 14 are intended to be precise. Those laws add to, and in some ways supplement, if not replace, the "Common Law."

As one of the first 13 British colonies, North Carolina still recognizes in part the "Common Law." While it may be clear there are "common" offenses that everyone knows or should know are illegal, like murder or theft or rape, there remains some room for confusion with other criminal allegations. The General Statutes work to remove uncertainty in legal issues and in some instances, in addition to clarifying the law, create criminal charges.

An example of a criminal offense created by statute, and not generally "known" under the Common Law, is statutory rape. Certain sexual conduct is deemed illegal, by statute, even between consenting parties. The name itself speaks to the issue. That form of rape is set by statute and is therefore called statutory rape. It is specifically defined, being limited by the age of the victim and respective criminal defendant.

"While we do still see some Common Law offenses charges in Superior Court in Iredell County NC, it's much more common for defense lawyers to work within the paradigm of statutory offenses when providing legal representation. There is some overlay, where certain crimes are prohibited both under the Common Law and the North Carolina Criminal Laws." Bill Powers

The important take-away for anyone facing criminal charges Iredell NC is this: You will be treated the same in Statesville as you would be in Charlotte criminal court, or traffic court in Monroe in Union County. The laws are the same in each judicial and prosecutorial district in North Carolina.

Each elected District Attorney in North Carolina has preferences and internal protocols on how criminal charges are to be handled. Violating the traffic laws and what those laws are, like speeding in NC or Driving While License Revoked, is the same for all.

How the prosecutor (through the Office of the District Attorney) chooses to work towards the timely disposition of criminal cases and traffic tickets, allows for tremendous amount of discretion. That applies also to what types of criminal charges are aggressively pursued vs. plea bargained.

Some judicial and prosecutorial districts in North Carolina see more of certain types of cases than others. As a result, their priorities and methods of disposing of criminal charges may differ. The amount of cases they have often dictates local protocols and how defense lawyers for criminal charges in Iredell County approach a case and prepare a legal strategy.

Criminal courts and prosecutorial districts with high-traffic roads and intersecting highways, tend to be hotspots for drug trafficking and the transportation of illegal substances like cocaine, heroin, meth, "molly," and marijuana. 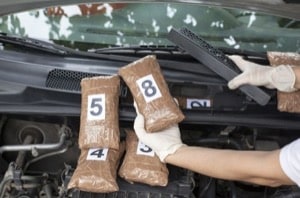 Counties like Gaston, which is partially divided by Interstate I-85, understandably expends substantial court resources in enforcement of NC Drug Crimes. That is true also for Iredell County, with Interstate I-40 and I-77 crossing one another just outside downtown Statesville, NC. Gaston and Iredell criminal courts therefore must logically allocate substantial resources to prosecute serious drug charges. (That's true for Charlotte criminal courts too).

Of course, jurisdictions with major highways running through their cities also end up with massive numbers of traffic tickets, violations of the NC traffic laws (including DWI charges), and uniform citations in both District Court and Superior Court.

Large college towns like Chapel Hill, Durham, Raleigh, Charlotte, Greenville, and Wilmington all face a substantial number of youthful offender cases like underage possession of alcohol, possession of drug paraphernalia, misdemeanor possession of marijuana, and violations of the impaired driving laws like 20-138.3 and 20-138.1.

"The defense lawyers at our law firm have for years helped people throughout North Carolina. We provide legal representation for cases as serious as murder and manslaughter, all the way down to following too closely and lane violations in traffic court. That is possible because the laws in Statesville criminal court are the same as they are for criminal charges in Gastonia and Monroe, in Union County." Bill Powers

Iredell County is a county that is best known as one of the major hubs for NASCAR racing and their racing teams. 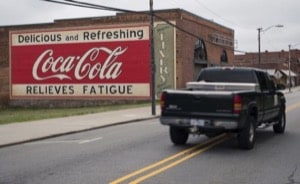 The county has a population of approximately 170,000 and due to the highly populated tourist attraction, the law enforcement agencies of Iredell County are very proactive when it comes to enforcing NC traffic laws, especially those involving allegations of DWI and impaired driving charges.

If you have received a traffic violation (traffic ticket or uniform citation) for criminal charges or other infraction, our defense lawyers Iredell NC are here to help.

The law offices of Powers Law Firm are comprised of a team of experienced lawyers who will work with you and walk you through every step of the legal process.

In one simple phone call to our office, at no charge to you, we can begin the evaluation process of your specific case. We can be reached at 877-462-3841.

Some of the criminal violations that we can help defend for you include DWI or what some people refer to as "drunk driving," DUI or driving under the influence, driving without a valid license, driving while license revoked, DWLR imp rev, and hit and run criminal charges.

The law enforcement agencies are very aggressive in Iredell County, especially regarding DWI charges and other drug offenses. You deserve legal advice from an experienced, courtroom lawyer who stands by your side.

We are here to help with alleged violations of the NC criminal laws and traffic violations that have occurred in Iredell County. Those may include, but are not limited to:

Call us now and see how we can help you. The consultation is entirely free. Everything you tell us remains confidential and secret. Our criminal defense lawyers Statesville NC keep secrets, helping people with serious, high-profile charges.

We provide legal services to all of Iredell County which includes the following locations: