Assault on a Female NC

While all criminal charges are serious, given how quickly an arrest and mugshot can show up on-line nowadays, some offenses are more serious than others. Assault on a Female in North Carolina is as Class A1 offense and carries a maximum punishment of up to 150 days jail time.

Is Assault on a Female a Misdemeanor or Felony in North Carolina? 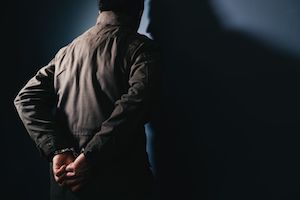 Normally such charges are misdemeanor offenses, understanding even simple assault in North Carolina can be a “predicate offense” for more serious, felony charges. For example, there is a felony criminal charge called Habitual Misdemeanor Assault.

And while a misdemeanor, Assault on a Female or “AOF” is subject to more harsh punishments under the NC sentencing guidelines. One easy way to remember things is to think of the “A” in “A1” standing for “aggravated.”

The potential for jail time and the length of any jail sentence imposed, even for an A1 misdemeanor, is greater due to the severity of the offense and/or particular susceptibility of the victim to serious injury.

For example, simple assault is considered a Class 2 misdemeanor. In contrast, Assault on a Female, which is distinguished by the sex and age of the defendant vs. The sex of the alleged victim, is a Class A1 criminal charge.

If you have questions about the sentencing laws, we’re here to help. The guidelines for misdemeanor charges are broken down into 4 classes of offenses, ranging from most serious A1 Misdemeanors all the way down to Class 3 charges.

The prior record of the person convicted (or who pleads guilty) is similarly broken down into offense levels, those being Prior Record Level I through PRL III.

Call Bill Powers now for a FREE CONSULTATION on the best-case and worst-case sentencing scenarios at: 877-462-3841.

What is Simple Assault? What’s “Assault and Battery” in NC? 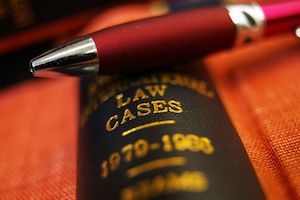 Actually, as it relates to the physical assault, or better said “assault and battery,” there are very technical legal differences. Assault is what defense lawyers refer to as a Common Law Offense.

Interestingly enough, assault is not defined in the NC criminal laws (by the North Carolina General Assembly in the statutes). There are two different types of assault recognized in North Carolina.

“The difference between the two types of simple assault in North Carolina involves determining the intent of the person charged vs. the fear or reasonable apprehension of the alleged victim.” Bill Powers, Criminal Defense Attorney

Battery charges in North Carolina are a bit more straightforward, focusing less on intent or a reasonable apprehension or fear, and more on the unlawful touching of the person of another.

Battery is a form of assault. It requires force, no matter how minimal or slight, that is applied either indirectly or directly to another person. That’s essentially how it’s defined in the North Carolina Pattern Jury Instructions.

The NC PJI makes it clear that a battery requires the Defendant to have acted in an intentional fashion. An unintentional touching the person of another is not a battery in North Carolina.

To read what juries are instructed as to the legal definition of battery, click here.

What’s the Difference Between Simple Assault and Assault on a Female?

Assault on a Female is essentially a simple assault, with the added condition that the Defendant (the person accused of criminal charges) must be 18 years of age or older and the Defendant assaults a female.

If you have legal questions about simple assault or Assault on a Female charges in North Carolina, call the Powers Law Firm PA to schedule a legal consultation.

Defense attorneys keep secrets through something called the “attorney client privilege.” That means what you tell us, even if only as part of the consultation, remains strictly confidential.