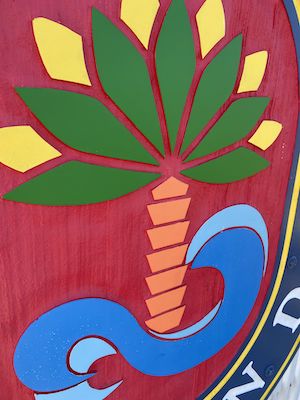 Golf carts are the primary way of getting around when you’re “On Island.”

In large measure that’s because cars aren’t allowed, unless you have a special permit and have the vehicle delivered to B.H.I. by barge.

That means owners and visitors alike either walk, ride bikes, or get to the beach and the Bald Head Island Club, the Shoals Club, and Jules’ Salty Grub and Island Pub by golf cart.

What may come as surprise to some, especially those on vacation with a few drinks under their belt, is that you can get arrested for DUI on Bald Head Island.

Under the NC DWI Laws, golf carts are legally defined as “vehicles.”

"If you blow .08 or higher, NCDMV is going to pull your license. You can end up in jail, even on a golf cart."

The punishments for DWI charges on Bald Head Island are the same as the mainland.

Although the Town of Bald Head Island has additional ordinances to consider, driving while impaired is the same.

To be clear, you do not need to be “drunk” or “drunken driving” to be charged, arrested, and convicted of DWI in NC.

Indeed, the statute refers to the offense as “impaired driving.”

Driving while impaired in North Carolina is not the same as “drunk driving.”

You need only be “appreciably impaired” by “some impairing substance.”

Appreciable impairment may involve your mental faculties, your physical faculties and impairment to either or both by an impairing substance.

That may include alcohol, which people traditionally think of when referring to DUI charges.

But other substances, even those prescribed by your doctor, may be also impairing.

That means both legal and illegal drugs, if they impair your ability to think, move, or drive a vehicle, to an “appreciable extent,” can be the source of DWI charges on Bald Head Island, just like the rest of North Carolina.

"DWI charges are serious stuff. It doesn’t matter if you’re facing criminal charges in Charlotte or Wilmington or in Brunswick County, there are bigtime consequences if convicted."

Is There are Difference Between DUI Charges and DWI in North Carolina?

Generally speaking, they mean about the same thing.

“Under the Influence,” which is where DUI or “driving under the influence” comes from, traditionally refers to the consumption of alcohol.

Beer, wine, are hard liquor are impairing substances as they all contain ethyl alcohol.

That means it slows down reaction times, adversely affecting your ability to walk, talk, balance, and obviously, drive a motor vehicle.

ER Doctors, nurses, and hospital labs may abbreviate that to “EtOH.”

Most DWI lawyers in North Carolina refer to the offense as D.W.I. or Driving While Impaired, in part because “impairment” is more expansive/inclusive a definition.

It’s important to note, impairment may be caused by alcohol, drugs, and/or a combination of both.

As such, the idea that you must have a BAC of .08 or higher to be convicted of DWI charges in NC is not really the status of the law in North Carolina.

The appreciable Impairment prong, as DWI lawyers and prosecutors refer to it, involves a quasi-subjective conclusion that a driver of a motor vehicle is impaired to a noticeable, perceptible extent.

That’s what is meant by “appreciable.” Something that is cable of being described, perceived.

"You do not need to be ‘drunk.’ You don’t even need .08 or higher. DWI charges may include evidence of impairment by a combination of both legal and illegal substances even without ‘breathalyzer’ results."

As such, a lawful prescription for Xanax (alprazolam), which is a benzodiazepine, coupled with the consumption of even a relatively small amount of alcohol, can be the basis for criminal charges.

You do not have to intend to break the law or commit a crime.

DWI in North Carolina is not thought of as a “specific intent crime.”

Not knowing you are impaired or not fully understanding what is legal, or illegal, likely will not serve as valid defense in a court of law.

Don’t Give Up Hope. There are Valid Defenses to DWI Charges in NC 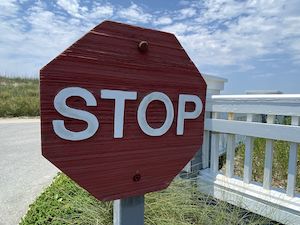 He helps people throughout the state with DWI charges and allegations of impaired driving, including in instances where someone has been seriously hurt or killed.

Driving While Impaired may serve as the basis for felony charges in North Carolina, such as felony death by vehicle, manslaughter, and even second-degree murder.

"I’ve had a place on BHI for 20 years. I understand its unique nature. I’ve also handled serious DWI charges in Brunswick County, New Hanover County, and throughout the region."

If you’re from out-of-town, you may not realize how serious DWI charges are, even if you’re only accused.

The Powers Law Firm PA and Bill Powers are available for immediate consultation.

Check out the awards, certifications, and professional accolades for Bill Powers, his inclusion in Best Lawyers in America and Super Lawyers North Carolina magazine, including the membership requirements and criterion for inclusion.