By Collin B. Hardee

Waiver AFTER Successful Invocation of the Right

1. Was the actor a private citizen or the State?

2. Is the victim a US citizen? 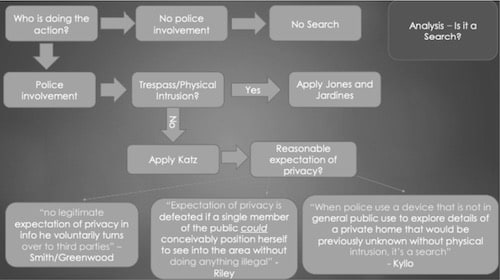 a. Seizure Test: (1) Meaningful interference (2) With an individual’s possession interest in property