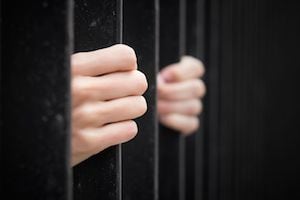 AWDW Inflicting Serious Injury is characterized by an assault and/or battery resulting in serious bodily injury, where the Defendant did use a deadly weapon to commit the assault.

A deadly weapon is one that is likely to cause serious bodily harm or death.

Some weapons may be defined by the Court as per se a “deadly weapon,” such as a firearm or knife.

The Finder of Fact may be called upon, in appropriate circumstances, to determine whether the object used to inflict harm was a deadly weapon.

In considering such, the nature of the object used to inflict the injury, how it was used, and the strength and size of the defendant, relative to the victim, is to be considered.

To prove a defendant committed the crime of assault with a deadly weapon inflicting serious injury, the State of North Carolina bears the Burden of Proof.

Consistent with North Carolina Pattern Jury Instruction 208.15, the assistant District Attorney must prove Beyond a Reasonable Doubt each and every element of the offense.

The State must therefore present prima facie evidence proving, among other things, the accused did:

Assault is a traditional Common Law Offense. It is not defined within the North Carolina General Statutes. Battery is a form of assault in North Carolina.

Assaults require an intentional act. Accidental conduct is not an assault, as such the Defendant’s mens rea is an essential element of the criminal charge. The defendant must act without legal authority, excuse, or justification.

Serious bodily injury is one that causes great suffering and pain. In some instances, the Court may define or otherwise instruct the Finder of Fact such that a particular injury is per se “serious.”

2. Related Offenses 3. Examples of Assault with a Deadly Weapon

a. The defendant and alleged victim voluntarily engaged in an argument in a local Iredell County bar in Mooresville, North Carolina. Both parties had been drinking. After the exchange of words, the “victim” attacked the Defendant, striking the Defendant in the face with a closed fist.

Defendant is of slight build, stands 5’6” tall and weighs 135 pounds. The victim is 6’5” tall, weighs 240 pounds, and has served time in prison for felony assault in North Carolina. The Defendant knows of the victim’s criminal record and propensity for violence.

The victim continued to attack the Defendant, repeatedly punching him in the ribs and stomach. The victim was the aggressor in the altercation, continuing towards the Defendant, attempting to throw him to the ground.

Witnesses in the bar describe the event such that, “The victim had got the better of the Defendant. He was in real trouble.”

In response to the continued attacks, the Defendant picked up a beer bottle from the bar, throwing it at the victim, and struck him in the head / eyebrow area, shattering the bottle.

A shard of glass pierced the victim’s left eye, blinding him. Defendant did nothing more, remaining on scene. Defendant provided a voluntary statement to Mooresville Police Officers.

Defendant was arrested for Assault with a Deadly Weapon Inflicting Serious Injury, taken to the Iredell County Jail in Statesville, and thereafter posted bond. While Defendant acted with intent, an experienced criminal defense lawyer would want to explore the possibility of a “necessity defense,” that being self-defense.

The essential elements of the offense are largely met, in that the Defendant acted intentionally, assaulting the victim. While not traditionally a “deadly weapon,” a beer bottle may in certain circumstances be deemed such. Blindness is a serious injury.

The Court, if the matter went to trial, would be likely be required to instruct the Finder of Fact (traditionally the jury of peers) that it must consider the nature and circumstances of how the bottle was used as a weapon, as well as the relative size of the victim and defendant.

Given the size differential and the victim’s continued pursuit of the Defendant, together with the Defendant’s knowledge of the victim’s past record of assaults and prison time, the Defendant acted with lawful excuse in defending himself. The amount and extent of “use of force” may be an issue for the jury to resolve.

The force necessary to effectuate a defense could be deemed appropriate. As such, the Defendant should be found Not Guilty of Assault with a Deadly Weapon Inflicting Serious Injury.

b. Defendant and the alleged victim engaged in a voluntary affray in a local Mecklenburg County bar. Both the Defendant and the victim had consumed a sufficient amount of alcohol so as to be legally impaired, if not “drunk.”

Defendant and the victim were equally matched, being roughly the same age, weight, and height. Upon exchanging some mutual blows, the Defendant removed a knife from his pocket, and cut victim’s the hand.

Due to his level of impairment, the victim did not know he had been cut. Patrons of the bar pulled the victim and the Defendant apart, ending the affray (voluntary fight).

The victim was taken to the emergency room, where doctors sutured his hand. Victim suffered no permanent injury or disability.

Defendant acted with intent and purpose. A knife ordinarily would be deemed a “deadly weapon.” Self-defense, without more, would not be a valid common law defense.

The Finder of Fact (normally a jury) would be charged with the responsibility of determining whether a hand laceration constitutes “serious injury.” A laceration is not likely to cause death.

The victim appears not to have experienced great pain or suffering. As such, a defense attorney may wish to pursue a defense arguing the injury received was not a “serious bodily injury.”

The Defendant likely could be convicted of the lesser-included misdemeanor charge of AWDW (assault with deadly weapon).

4. Defenses to Assault with a Deadly Weapon Inflicting Serious Injury

As an essential element of AWDW Inflicting Serious Injury involves the Common Law Offense of “assault,” traditional common law defenses may be available, including but not limited to:

Assault with a Deadly Weapon Inflicting a Serious Injury is categorized as a Class E Felony in North Carolina. The maximum period of incarceration for such criminal charge is 88 months in the NC Department of Adult Corrections.

The Court may additionally impose Costs of Court, a Fine, further Ordering restitution for damages associated with the serious injury. The Prior Record Level or “PRL” is an important consideration.

Prior Record Level I and II offenders may be eligible for an Intermediate sentence which includes:

Prior Record Levels III, IV, V, and VI mandate an ACTIVE prison term as set forth within the Sentencing Guidelines for felony offenses. 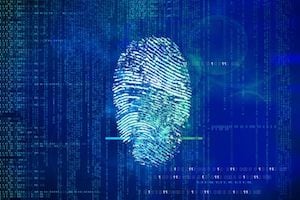 Assault with a Deadly Weapon resulting in a Serious Injury is a Felony in North Carolina. If you are being investigated for either a felony or misdemeanor assault, it’s imperative you speak with an experienced Criminal Defense Attorney immediately.

Exercise your right to remain silent. Politely decline to provide information against yourself, further requesting to speak with a defense lawyer.

For more information about Assault with Deadly Weapon charges, call our law firm now to schedule your free consultation. You may reach Mr. Powers by email at Bill@CarolinaAttorneys.com