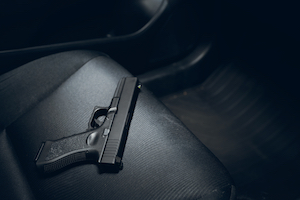 In North Carolina, unlawfully concealing a pistol or handgun is often referred to as “carrying a concealed gun.”

It’s a type of Carrying Concealed Weapon offense and may be described/referred to as a “CCW” charge by criminal defense lawyers.

Depending on the facts and circumstances of the allegations, this offense can be considered a misdemeanor or felony offense.

What About My Right to Bear Arms?

The right to bear arms is covered under the Second Amendment to the US Constitution and Section 30 of the North Carolina Constitution.

The 2nd Amendment Rights are part of the Bill of Rights, which include things like the Right to Remain Silent (Miranda Rights) and the right to a defense lawyer.

However, there are certain guidelines that must be followed in exercising your 2nd Amendment Rights in North Carolina.

It is against the law in North Carolina to conceal a pistol or handgun unless you are on your own property or you have a valid concealed handgun permit.

North Carolina is an Open Carry state (so long as the person can otherwise legally possess a weapon).

You cannot possess a weapon in North Carolina if any of the following apply:

If you are charged with carrying a concealed pistol or handgun, the District Attorney’s office is responsible for proving each of the following elements of the crime beyond a reasonable doubt:

Concealing a pistol or handgun means that it is not readily visible during an ordinary course of an interaction (i.e. in the glove department of a vehicle, under clothing, etc.).

Examples of Carrying a Concealed Handgun/Pistol

The Defendant is stopped for a traffic violation in Charlotte, North Carolina. In response to getting pulled over, the Defendant takes a gun he keeps under seat and places it in the center console. When the Officer approaches the driver window, the Defendant does not mention the gun because he does not have a permit and has previously been convicted of carrying a concealed handgun in NC. The officer locates drugs on the Defendant and finds the gun while conducting a search of his car. The Officer may seize the gun and charge the Defendant with Carrying a Concealed Gun, a Felony offense due to the Defendant’s prior conviction.

The Defendant is stopped by State Highway Patrol speeding on I-77 south in Mecklenburg County. When the State Trooper approaches the vehicle, he notices a gun handle sticking out of the defendant’s belt. The Defendant never mentioned there was a gun in the car, nor did he have a concealed carry permit. The State Trooper seizes the handgun and the Defendant may be charged with speeding and Unlawful Carrying of a Handgun (in a vehicle), a Misdemeanor Offense.

Defenses to Carrying a Concealed Handgun/Pistol 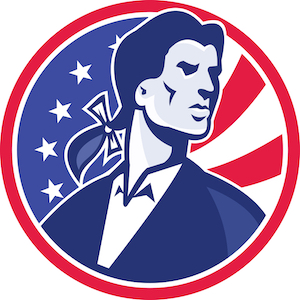 A Defendant may be able to challenge this offense by showing the he or she was on their own property, that the handgun was visible, the concealment of the handgun was not intentional, and/or that the defendant had a valid concealed weapon permit and was acting within the scope of such permit, etc.

It is important to consult with a criminal defense attorney to discuss the appropriate defense for your specific case based on the facts and circumstances surrounding your charge.

Unlawfully concealing a handgun or pistol in North Carolina can be a Misdemeanor or Felony offense depending on the circumstances.

Depending on the defendant’s prior criminal record, the North Carolina Misdemeanor and Felony Punishment Charts both provide for Active, Intermediate, and Suspended punishments.

If you’ve been charged or cited with unlawfully concealing a handgun or pistol, it is important to immediately seek legal representation to represent you in court.

"We believe effective defenses often begin with talking to a lawyer early-on in the process. Don’t wait. Even if only accused or subject to a criminal investigation, we think it’s imperative to retain a defense lawyer."