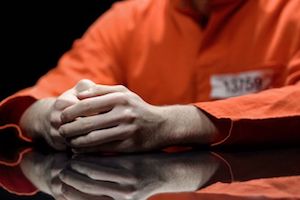 Assault by Pointing a gun, pursuant to N.C.G.S. Criminal Law 14-34, is a specific intent crime. It requires the accused an intentional, deliberate act.

To prove the criminal charge, the State of North Carolina, through the prosecutor’s office (District Attorney) must establish a prima facie case, including the following elements:

Intent to cause harm and/or the ability to inflict serious bodily injury are not elements of the offense.

All guns are covered under the law, including pistols, revolvers, rifles, shotguns, handguns, etc.

Self Defense is a valid defense to the offense of Assault by Pointing a Gun. Possession of a concealed carry permit does not authorize pointing a weapon at another.

The State is required to prove, Beyond a Reasonable Doubt, the Defendant did not act in self defense. That Burden of Proof does not shift to the Defendant.

Assaults committed in defense of self may be legally justified in instances where:

In such instances, there is no duty to retreat if the Defendant is in a lawful place, including places like the defendant’s premises, home, residence, workplace, or motor vehicle.

1. Defendant possesses a concealed carry permit. While driving in traffic on I-77 north, another vehicle passes Defendant’s car on the right, recklessly swerves his vehicle towards the Defendant, and enters the Defendant’s lane of travel.

In response, Defendant removes his 40 caliber Beretta semi-automatic weapon and points it in the general direction of the reckless driver. The Beretta is not loaded, with the clip being located in the glove-compartment.

The driver of the other vehicle, seeing the weapon, accelerates and immediately exits the highway on an off-ramp. Defendant is later stopped by a Trooper with the NC State Highway Patrol and arrested for pointing his unloaded gun at the reckless driver.

A defense to Assault by Pointing a Gun may exist, as the other driver’s reckless operation of a motor vehicle could in itself be deemed an assault with a deadly weapon.

Vehicles, in certain circumstances, may be deemed a deadly weapon.

The Finder of Fact (Judge or Jury, depending the stage/setting of the proceedings) could conclude Defendant’s concern for his personal safety was reasonable and further that pointing the gun was a reasonable response, thus legally justifiable.

2. Defendant is a semi-retired Charlotte-Mecklenburg Police Officer. He works as a “tour guide” at the Charlotte Law Enforcement Center and wears a CMPD uniform.

During a tour, he unholsters his service-weapon to show it to high school students on a class trip. They have never seen a “old school 357.” The weapon is a revolver and not the standard 40 caliber Glock issued to active-duty CMPD officers.

The weapon is not loaded.

The police officer, meaning no harm or personal injury, points the revolver at the teacher while her back is turned, and says in jest to the students, “Bang, Bang.”

The students laugh in response.

The teacher never saw the weapon and was not placed in fear of immediate bodily harm. Upon learning why the students laughed, the Mecklenburg County teacher reports the Officer’s actions to Internal Affairs.

The off-duty officer is thereafter arrested for Assault by Pointing a Gun and terminated, permanently, from the Charlotte Police Department.

Police Officers acting in their official capacity ordinarily would not be charged, let alone found guilty or convicted of an Assault by Pointing a Gun.

Acting in the course and scope of employment and official duties as a police officer would ordinarily serve as a perfect defense to assault.

In the case at hand, serving as a tour guide likely would not afford protection from prosecution.

Even if committed in a good-natured manner, with no intent to harm, or “in fun.” criminal charges might be deemed appropriate.

3. Related Legal Issues and Offenses4. Defenses to Assault by Pointing a Gun

Certain Common Law defenses may be available including:

The State bears the Burden of Proof that the Defendant did not act in self-defense or with other legal justification or excuse.

Assault by Pointing a Gun is a specific intent crime, meaning the accused must act purposely. Mistake may therefore serve as a defense.

Mens rea (the evil mind) to commit harm or serious bodily injury is not necessary. Acting in jest, “in fun” and “or otherwise” is not a defense.

Neither is it a defense that the gun was unloaded. Arguably, operability of the gun likely is also not a defense.

Assault by Pointing a Gun is classified as a Class A1 Misdemeanor in North Carolina.

Class A1 Misdemeanors, consistent with the Misdemeanor Punishment Chart, may be sentenced, up to 150 days of incarceration.

Penalties are predicated on the PRL or “Prior Record Level” of the accused and include as options, in the discretion of the court:

Active Punishment is authorized up to 150 days of incarceration (jail/prison).

6. Criminal Defense for Dispensing of a Controlled Substance Cases 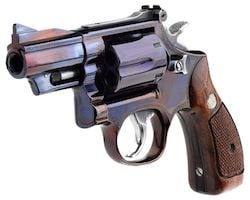 Weapons charges, both for a felony or misdemeanor charge, are serious and carry consequences even if not convicted.

A charge of Assault by Pointing a Gun may authorize the immediate revocation of a Concealed Carry Permit under N.C.G.S. § 14-415.18

Even in matters committed “in fun or otherwise,” an arrest for assault often results in a public “mugshot.” It can be difficult to find good employment if convicted, as there often is a substantial public stigma against weapons and assault charges.

In fact, in the event weapons permits are revoked or suspended, it may make it impossible to maintain employment where purchasing or possession of a concealed weapon is a condition of employment.

Our Charlotte criminal defense lawyers are available for immediate consultation. Everything you disclose to our law firm staff, including legal assistants, paralegals, and defense attorneys is confidential and protected under attorney-client privilege.

Legal consultation for criminal charges in North Carolina are free of charge.

Bill Powers is an experienced NC criminal lawyer. Call NOW to schedule your complementary consultation 704-342-4357. You may also email Bill Powers at Bill@CarolinaAttorneys.com