1. Definitions and Elements of the Crime 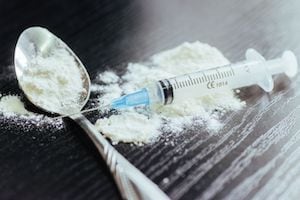 Murder charges are among the most serious criminal offenses in North Carolina, often mandating active prison terms pursuant to the Sentencing Guidelines. Murder is traditionally a Common Law Offense.

In order the prove the Defendant is guilty of Second-Degree Murder, Caused by a Controlled Substance, the State must prove each and every element of the offense Beyond a Reasonable Doubt.

The essential elements are:

Second Degree Murder Caused by Controlled Substance is defined in the Pattern Jury Instruction 206.31B.

Foreseeability is factor, where a prudent and reasonably careful person could foresee:

“A Proximate Cause” does not mean “sole proximate cause” or “the only proximate cause.” The Act causing injury, damage, or other similar injury is not required to be the nearest cause, the last cause, or the only cause.

The Act committed may have, in combination with other factors and working together at the same time, caused the victim’s death.

Malice is an essential element of Murder charges in North Carolina. Malice may be inferred when an Act is inherently dangerous to the life of humans.

The Act committed, thereby evidencing malice necessary for murder charges, is so reckless and wanton, it exposes an evil mind (men rea), utterly without regard for human life, social duties, and bent towards deliberate mischief.

Absence of Malice precludes prosecution for Murder. Without malice, Manslaughter is the proper criminal offense.

Related or similar offenses include:

A particularly potent batch of Fentanyl hits the streets, resulting in several near-fatal overdoses. The demand for the “hot dose” Fentanyl peaks as more and more users begin to overdose.

Woman user purchases such Fentanyl, taking a small amount of the drug, and immediately overdoses. Woman’s boyfriend demands she give him the remaining Fentanyl. Woman warns her boyfriend, “Don’t take all this at once, especially if you’re drinking or doing anything else. I almost died. It’s really strong. Be careful.”

Boyfriend consumes alcohol to such an extent that his Blood Alcohol Concentration (BAC) is 0.08. He also takes 4 “bars” of the benzodiazepine Xanax and thereafter “shoots up” the Fentanyl. He dies almost immediately from “poly-substance overdose” as cited as the cause of death by the Medical Examiner.

Woman may be charged with Murder, where the Finder of Fact would be charged with the duty to determine whether the element of malice exists. Given the warning to her boyfriend, and with the absence of malice, Involuntary Manslaughter could also be charged.

Providing a known, dangerous drug to someone who is well-aware of its risks likely does not evidence an mens rea (evil mind) to such extent that it shows utter disregard of human life.

Murder is always a felony charge in North Carolina. Second-Degree Murder differs from First-Degree Murder in that there is no premeditation, deliberation, and/or lying in wait.

Second Degree Murder Caused by Controlled Substance under North Carolina Criminal Law 14-17 is classified as a Class B2 felony offense. The maximum period of incarceration for a Prior Record Level VI offense level, in the aggravated range, exceeds more than 30 years in prison.

Sentencing guidelines for upper-level felony charges in North Carolina is notoriously complex and requires careful consideration of factors in aggravation, mitigation and prior record level (PRL). Seek legal counsel immediately to determine the maximum period of incarceration that may be applicable. 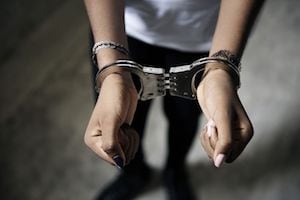 Second-Degree murder is an extremely serious criminal offense that carries a mandatory active prison term in the NC Department of Adult Corrections, if convicted.

As such, it’s imperative you speak with an experienced Charlotte Criminal Defense Attorney without delay. If you have been charged, politely refuse to answer questions or provide a statement. Ask to speak with legal counsel immediately, exercising your Fifth Amendment Right to remain silent.

Bill Powers is a defense attorney with substantial courtroom experience helping clients with murder and manslaughter charges in North Carolina. Bill Powers and the defense attorneys at our law firm travel extensively throughout North Carolina, helping clients with serious felony charges, including Felony Death by Vehicle, Manslaughter, and Murder charges.

You may also reach Mr. Powers directly by email at: Bill@CarolinaAttorneys.com