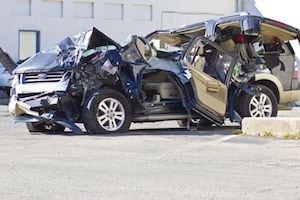 Murder is a Common Law Offense. Second-Degree Murder is a criminal charge created by statute within Article 3 of the North Carolina Criminal Law 14-17 pertaining to homicide.

Aspects of Common Law Murder are incorporated into Second Degree Murder as defined by statute. Malice and the mens rea (evil mind) are necessary to make a prima facie case for the offense.

If related to DWI Driving While Impaired, Involuntary Manslaughter may, as a lesser included offense, be charged.

Involuntary manslaughter is the unlawful, unintentional killing of a human being by an act done in a culpably negligent way.

To prove the Defendant guilty of Second-Degree Murder by Vehicle, Impaired Driving, the State must prove Beyond a Reasonable Doubt the following essential elements:

To prove the Defendant guilty of Driving While Impaired, the State must prove Beyond a Reasonable Doubt:

The essential elements for Common Law Murder include:

Malice may be inferred from the act committed. It may be implied or express. The intentional killing of another person is express malice.

Implied malice is when:

To prove Second-Degree Murder, the malice is predicated an act that is known to be inherently dangerous. A failure to act, known as an omission, may also be the basis for imputation of malice.

Such omission would be acting in a wanton, reckless manner so as to manifest an “evil mind” that is utterly without regard for the duties of society and human life. Such mens rea is deliberately mischievous, bent on mischief.

A “human being” includes a child born alive who later dies of the inflicted injuries prior to birth.

Defendant and his best friend spend the day together drinking on Lake Norman. It’s decided Defendant should drive to get more beer and cigarettes. Both the Defendant and the decedent are grossly impaired.

Decedent, thinking it would be funny, momentarily “jerks” the steering wheel out of Defendant’s hands. The vehicle collides into a bridge abutment, instantly killing the decedent and causing permanent brain injury to the Defendant.

Defendant is taken to the hospital where blood is drawn while he is unconscious. Test results indicate a Blood Alcohol Concentration (BAC) reading of 0.27.

While the decedent’s “jerking” the wheel may be a basis to preclude recovery in a civil cause of action, the Defendant’s inability to recover control of the vehicle may have been affected by his gross impairment. That impairment could be deemed “A Proximate Cause,” of the fatality and therefore prosecuted as a homicide.

Without more, Involuntary Manslaughter would be the appropriate charge.

In the same fact-pattern, Defendant argues with decedent and another back-seat passenger about driving. Decedent attempts to take the vehicle keys from Defendant who states, “You’re not stopping me. I drive better when I’m drunk.” Decedent and passenger decide nonetheless to ride to the store with the Defendant.

While lighting a cigarette, defendant is momentarily distracted and runs slightly off the road. He thereafter over-corrects the steering, crossing the center-line striking another vehicle head on. Defendant’s front-seat passenger and two other occupants in the other vehicle are killed. Defendant’s back-seat passenger survives, giving a statement to police.

Defendant is taken to the hospital. Due to his traumatic brain injury, no blood sample is taken. Emergency personnel report Defendant having a strong odor of alcohol coming from his breath. Defendant’s back-seat passenger describes Defendant as drunk. Defendant has no recollection of the events leading up to the collision.

Similar, related offenses may include:

As a Common Law Offense, certain Common Law Defenses to Murder may be available including necessity and involuntary intoxication. Voluntary Intoxication is not a defense to Second-Degree Murder by Vehicle Impaired Driving or Involuntary Manslaughter.

Traditional defenses to Driving While Impaired are also available, including lack of impairment, non-operation of a vehicle, and operation on a non-public vehicular area, street, or highway.

A conviction for violating North Carolina Criminal Law 14-17, Second-Degree Murder by Vehicle Impaired Driving is punished as a Class B2 Felony.

Under the North Carolina Sentencing Guidelines in 15A-1340.17(e1), the maximum sentence for the B2 Felony considers the minimum active term and prior record level of the Defendant.

When the minimum active prison term is 340 or more, the maximum term of incarceration in the Department of Adult Corrections is calculated by adding the minimum term together with an additional 20% of that minimum term, rounded to the next highest month, further adding to that one additional year (12 months).

Calculating maximum and minimum periods of incarceration is notoriously complicated in North Carolina, requiring consideration of factors in aggravation and mitigation. All B2 Felony convictions are punished with lengthy, active prison terms. 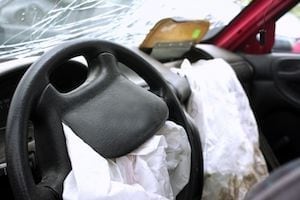 If you’ve been charged with Murder or face an Indictment for Homicide, do not delay. Immediately retain an experienced Charlotte Criminal Defense Attorney.

Do not give a statement to law enforcement. Do not discuss any aspect of the allegations with anyone for any reason, including friends, family, or insurance agents or their representatives. Assert your Fifth Amendment Rights. Politely request legal counsel. Exercise your right to remain silent. If cannot afford an attorney, ask for a lawyer.

For more information about Murder charges, homicide, and felony death cases in North Carolina, please call our law office immediately and schedule your free consultation. All matters discussed with our Criminal Defense Lawyers is strictly confidential.

Legal representation for Murder charges is available throughout North Carolina and is not limited to the Charlotte-Metro region. Given the severity and consequences of such matters, Mr. Powers is available for consultation on an emergency basis 7 days a week.