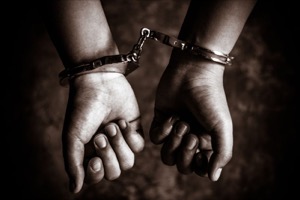 If you’re going through difficult times involving a personal relationship, children, or a family member in Union County, we’re here to help. Allegations of domestic violence are consequential, often having implications in both civil court and criminal court. It’s important to know your legal rights and begin preparing a strategy without delay. If you’ve asked, “Should I retain a domestic violence lawyer in Monroe NC,” we believe the answer is “YES.”

Good legal decisions are made in possessing good information and knowing your legal rights. Given the complexities associated with issues that may involve criminal court or civil court, it’s our opinion that seeking professional legal advice without delay is in your best interest.

Domestic violence often touches two related areas of law: Criminal Defense and Family Law. That’s because criminal charges for domestic violence, which can be misdemeanor or felony charges depending on what happened, may be also be the basis for a civil complaint and Petition for Domestic Violence Protective Order in North Carolina or “ DVPO.”

“Our law firm provides legal representation in Union County NC in both areas of law. If you have criminal charges in Monroe, North Carolina and they involve an assault, or assault on female and a Restraining Order in civil court, give us a call.” Bill Powers, Defense Lawyer Monroe NC

What Should I Do After Allegations of Domestic Violence?

Because issues involving families and interpersonal relationships touch different areas of the law, there is more than one way for the legal system in Monroe NC to become involved.

While many cases begin first with pressing charges in criminal court for things like Assault on a Female, communicating threats, assault, assault and battery, and injury to personal property, it is possible for a “50B Restraining Order” or other emergency order under the NC Family Laws and N.C.G.S. Chapter 50, or even pursuant to the North Carolina Uniform Child Custody Jurisdiction Act and Chapter 50A, to be the first step.

It can get complicated, especially when legal issues spill over into nearby jurisdictions like Mecklenburg County (26th Judicial District), or even cross the state line into York County, South Carolina and Rock Hill, SC. Our law firm has defense lawyers and family law attorneys in both North Carolina and South Carolina who are available for consultation.**

One of the key issues involving domestic law issues, criminal defense lawyers, family law attorneys, and domestic violence, is determining jurisdiction. As to criminal charges, for both felony or misdemeanor charges, the inquiry is relatively easy: Where did the alleged crime or crimes take place?

Jurisdiction of the court, for allegations of criminal charges, is generally limited to where things happened. The prosecutor is required to prove, as one of the “essential elements” of the crime, that it took place in Union County, North Carolina within the jurisdictions of Monroe NC, Indian Trail, Waxhaw NC, etc.

Knowing where the specific borders exist between Union County NC and Charlotte NC (Mecklenburg County) has become increasingly difficult, with neighborhoods situated in both counties and people regularly traveling back and forth across the county lines without even knowing it.

To some extent, that’s also true for family law issues that may require consideration by the courts in both North Carolina and South Carolina, with people residing in one state like South Carolina and working just a few miles down the road in Monroe NC in Union County.

If an ex parte Petition for Domestic Violence Protective Order is issued in Union County, North Carolina and filed in Monroe NC, but the plaintiff works in Charlotte or later moves to Charlotte, it’s possible a violation of the 50B (restraining order) could take place across the border and therefore potentially involve the court system in Mecklenburg County.

Determining the proper jurisdiction in a CIVIL case for allegations of domestic violence involves a separate legal inquiry, requiring the Court to determine whether it has the legal authority over the parties themselves.

What Is “Personal Jurisdiction” in Civil Court for Domestic Violence? 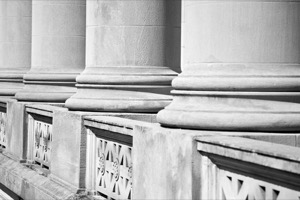 Until relatively recently, there was some question as to what was required for a District Court Judge in North Carolina to assert “personal jurisdiction” over the parties, including the Defendant in a Complaint for Domestic Violence.

The North Carolina Court of Appeals has made it clear that both properService of Process and Personal Jurisdiction are required under the Rules of Civil Procedure in NC. The Respondent in a Petition for Domestic Violence Protective Order in North Carolina (DVPO) must be “served” with the Complaint, and service must be proper.

The Court must also have the legal authority to enter an Order (restraining order) or what the courts call a “valid order.” In Civil Court Orders, whether they be pursuant to Chapter 50, Chapter 50B, or Chapter 50A, the judge must:

The NC Court of Appeals found domestic violence protective orders, and their issuance, involve the “substantial rights” of the person accused of acts of domestic violence in North Carolina. Courts issuing DVPO Orders (under the NC Family Law statutes) must do so following standard protocols to ensure “fair play” and “substantial justice.”

** Attorneys Chris Beddow is licensed in both South Carolina and North Carolina, and is therefore available for legal consultation for family law issues and criminal defense. Bill Powers is licensed only in the state of North Carolina and therefore limits his practice to legal issues in North Carolina. Bill Powers is an NBTA Board-Certified Criminal Defense Specialist. He also has substantial litigation experience in civil court, particularly involving DVPO Domestic Violence Protective Orders (50B) and Juvenile Court for child custody and child support in abuse, neglect, and dependency (Chapter 7B) legal issues.