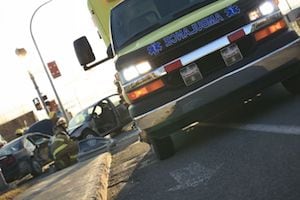 Any fatality involving a motor vehicle offense is a serious matter. Even in instances where it may be deemed an “accident,” there may be a substantial period of license revocation and a criminal record.

One of the more consequential motor vehicle offenses that qualifies as a criminal offense can be found in North Carolina Criminal Law 20-141.4(a2), which imposes substantial penalties for Misdemeanor Death by Vehicle.

The State must prove, Beyond a Reasonable Doubt, the following prima facie elements:

The essential elements of Misdemeanor Death by Vehicle may be found in the North Carolina Pattern Jury Instruction 206.58.

A Proximate Cause differs from the civil standard of “The Proximate Cause.” A proximate cause is one that is real, without which the fatality would not have resulted.

The act committed in violation of the law is not required to be the sole or only cause of the fatality. Neither does the law require such causality to the last or nearest cause of death.

A Proximate Cause is deemed sufficient if it occurred, acting together with another cause and taking place at the same time, thereby resulting in the death of another human. A reasonable prudent and careful person could have foreseen the illegal act to produce a similar injury, injurious result, or damage.

As such, a homicide involving Impaired Driving would be more properly charged and indicted as Felony Death by Vehicle, Involuntary Manslaughter and/or Murder.

Misdemeanor Death by Vehicle may in certain circumstances be deemed a lesser included offense of Involuntary Manslaughter, a felony offense in North Carolina.

In the event a Grand Jury Indictment charges more than one violation of a traffic law and/or law in the North Carolina regarding the safe operation of a vehicle, the Court must “instruct” the Jury on all such alleged offenses.

A Proximate Cause may include some, all, or any part of such offenses in the determination of criminal culpability.

In arguments to the jury, where the conviction of Misdemeanor Death by Vehicle may result in the revocation of a motor vehicle driver license, both the State and the Defendant may advise the jury of the consequences of a conviction.

Similar or related offenses may include:

If the defendant did not cause the wreck that resulted in the death of another person, he or she would not be guilty of violating North Carolina Criminal Law 2-141.4(a2) Misdemeanor Death by Vehicle. As such, challenging the proximate cause of the fatality would serve as a valid defense.

Even minor violations of infractions and motor vehicle laws instituted to protect safe driving (operation of a motor vehicle) may serve as a contributing cause to the wreck and therefore injury and/or death. As such, careful consideration must be given to the contributing factors to the collision and resulting fatality.

Misdemeanor Death by Vehicle is classified as a Class A1 Misdemeanor in North Carolina. The maximum period of incarceration is 150 days in the Department of Adult Corrections.

NCDMV is authorized to revoke the driver license, for a period of 12 months, of anyone convicted of Misdemeanor Death by Vehicle. There is no Limited Privilege authorized under Chapter 20 in such instances.

There also may be substantial liability for civil claims involving allegations of negligence, gross negligence, and the wrongful death of another. 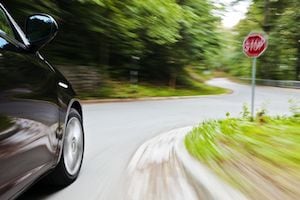 Before giving a statement or cooperating with a vehicular homicide investigation, politely request to speak with a lawyer. Exercise your Fifth Amendment Right to remain silent.

It’s imperative you consult with an experienced Charlotte Criminal Defense Attorney immediately. Bill Powers has more than 26 years of courtroom experience handling felony and misdemeanor criminal charges including, but not limited to Second Degree Murder, Involuntary Manslaughter, Felony Death by Vehicle, Misdemeanor Death by Vehicle, and Driving While Impaired.

For more information and to schedule your free consultation with North Carolina Criminal Defense Attorney Bill Powers, call 877-462-3841. You may also email Mr. Powers at Bill@CarolinaAtorneys.com

Legal consultations with our defense team are completely confidential and secret.