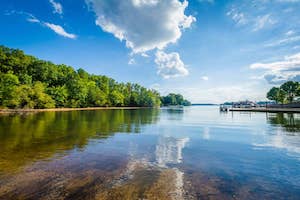 Under North Carolina Criminal Law Chapter 75A-10, the crime of Operating a Vessel While Impaired (commonly known as “Boating While Impaired” or “BWI”) is a misdemeanor offense which involves operating a boat, Jet Ski, or other marine vessel while under the influence of alcohol and/or drugs.

It is not the same thing as DWI – Driving While Impaired or “DUI” - Driving Under the Influence in NC, as some still refer to such allegations, pursuant to N.C.G.S. 20-138.1.

Boating while impaired remains a serious criminal accusation and carries the potential for long term consequences, especially if related to a serious bodily injury or fatality of another.

Separate criminal allegations, when and if appropriate, may also subject the accused to prosecution for violations of federal marine operations and boating laws under the United States Code (U.S.C.).

To prove NC state criminal accusations of BWI, the State must be able to prove the following elements (beyond a reasonable doubt) to a judge or jury, as the case may be:

“Vessel” is defined as every description of watercraft or structure (other than a seaplane on the water) used (or capable of being used) as a means of transportation or habitation on the water.

Defendant’s friend has a lake house on Lake Norman on the Mecklenburg County side of the lake. Friend invites Defendant and his girlfriend to come up and go tubing “somewhere near the Lincolnton side.” Friend lets Defendant drive boat. While on the water, Defendant, Friend and girlfriend drink several beers a piece. At one point, Defendant accelerates the boat to a high speed in order to flip friend off the tube. Defendant, not paying attention, passes through a no wake zone. A NC Wildlife Officer comes up behind the boat and begins speaking with the Defendant. Wildlife officer notices Defendant’s slurred speech and red glassy eyes. Wildlife officer has Defendant perform field sobriety tests which he fails, establishing Probable Cause to Arrest. Defendant can be charged with BWI (boating while impaired).

Defendant decides to go fishing by himself. Throughout the day, he drinks seven beers. Defendant has not caught anything, so he decides to cruise around Lake Wylie (the “River”) on his boat. Defendant drives the boat at very high speed in a continuous circle. Wildlife Officers notice the boat’s erratic movement. Wildlife Officer has Defendant perform field tests which he passes. The Defendant also blows a .08 on the Portable Breath Test or “PBT” administered by the wildlife officer, but when later tested on the EC/IR II at the jail, the reading is only a .06. Defendant could be charged with BWI (even if below the “legal limit”). He could also face allegations / criminal charges associated with the reckless operation of a vessel.

For other related offenses, please click the following links below:

3. Defenses to Boating While Impaired 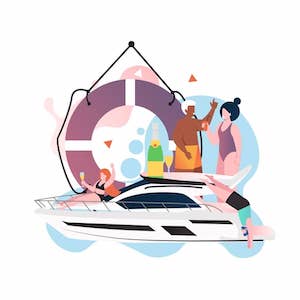 It is not a viable defense for the Defendant to argue that he or she was legally entitled to use alcohol or a drug. Specific Intent is not required for Boating While Impaired (BWI). One does not need to intend to break the law. Traditional defenses associated with DWI charges in North Carolina may be available, including challenging probable cause to arrest, identification or operation of the vessel, and/or reasonable doubt as to being under the influence of an impairing substance, such as alcohol or marijuana. The law draws no practical distinction between the terms BWI and BUI (boating under the influence).

4. Penalties for Boating While Impaired

A BWI is a Class 2 Misdemeanor which is punishable by up to 60 days in a North Carolina County Jail and a minimum fine of $250.00. Boating while impaired may also serve as a “predicate offense” to other, more serious felony criminal charges in North Carolina, if impaired operation is the proximate cause of serious bodily injury or the death of another.

5. Criminal Defense for Boating While Impaired

If you have been charged with Boating While Impaired, we believe you should retain legal counsel immediately. While allegations of BWI do not directly affect your NC DMV Driver’s License, there can be serious consequences if convicted.

You deserve an experienced lawyer who has substantial trial experience handling DWI charges, as the science and law are very similar.

Our criminal defense lawyers are available to help.

We offer a free consultation for all criminal charges in both North Carolina and South Carolina.

It does not matter if you face accusations for a felony or misdemeanor, call now to schedule your consultation: 704-342-4357