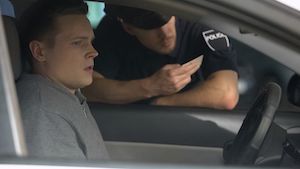 Driving Under Suspension under South Carolina Code Annotated 56-1-460 is a misdemeanor criminal offense where the defendant is accused of driving while their license is revoked, suspended, or canceled.

The Solicitor (often referred to as the “prosecutor”) must prove the elements of a criminal offense beyond a reasonable doubt. The Defendant carries no such Burden of Proof.

To prove that a defendant committed the offense of Driving Under Suspension in South Carolina, the essential elements generally include:

1) When the suspension is based on a conviction for Driving under the Influence (DUI) or Driving with an unlawful Alcohol Concentration (DUAC), or

There are a number of reasons that your license may be suspended or revoked in South Carolina such as being convicted of certain traffic/criminal offenses, failing to pay traffic fines (NRVC), child support arrearages, debts owed to SCDMV, etc.

2. Examples of Driving Under Suspension

The Defendant is driving down Highway 160 towards Tega Cay and is stopped by a York County Sheriff’s Deputy for speeding and reckless driving. When the Deputy runs the Defendant’s license, it shows as suspended for not paying the fines of an old traffic ticket. In addition to receiving a ticket for reckless driving and speeding in York County, the Defendant may also be charged with Driving under Suspension (not DUI/DUAC related), a Misdemeanor Offense.

The Defendant is stopped by South Carolina Highway Patrol in Lancaster County for an expired tag on his vehicle. The Defendant informs the Trooper that he was convicted of DUI a couple months ago and therefore does not have a license. The Defendant may be charged with having an expired tag and Driving under Suspension (related to DUI/DUAC), a Misdemeanor criminal charge in South Carolina. It’s important to note a conviction for DWI charges in North Carolina and license suspension by NC DMV may also result in a suspension SC DMV.

The Defendant received a notice of license suspension from SC DMV due to a speeding ticket she received. After the suspension period was over, the Defendant failed to get her license reinstated with South Carolina DMV. On her way to the store, the Defendant is stopped by a Rock Hill Police Officer for driving under suspension. The Defendant may be still charged with Driving under Suspension (not DUI/DUAC related) even though she was otherwise eligible for reinstatement.

4. Defenses to Driving Under Suspension 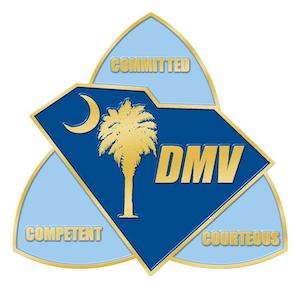 A Defendant may challenge the offense of Driving under Suspension in South Carolina by proving that he or she was not operating the vehicle or that the suspension was in error.

Driving under Suspension (not DUI/DUAC related), is a Misdemeanor offense defined by SC Code § 56-1-460(A)(1). The potential consequences depend on how many times the Defendant has been convicted of this same offense:

Driving under Suspension (related to DUI/DUAC), is a Misdemeanor offense defined by SC Code § 56-1-460(A)(2). The potential consequences depend on how many times the Defendant has been convicted of this same offense:

6. Criminal Defense for Driving Under Suspension

If you have been criminally charged with Driving under Suspension in Rock Hill, Lake Wylie and/or in York County, South Carolina, we strongly recommend you immediately contact an experienced criminal defense attorney without delay.