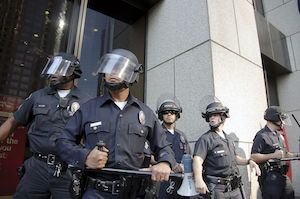 South Carolina Code Annotated 16-7-10 outlines acts deemed criminal if committed after the Governor has declared a State of Emergency in the State of South Carolina.

Prohibited (illegal) acts include: (1) violating curfew set by a state of emergency directive, (2) congregating in groups of three or more (unless authorized to do so) and refusing to disperse after being ordered to do so by law enforcement, (3) willfully failing or refusing to comply with any lawful order or direction of law enforcement OR (4) entering the property of another and unlawfully damaging, disturbing or taking possession of the property.

To prove the crime of committing illegal acts as outlined in sections (A)(1)(a)-(c) of S.C. Code Ann. 16-7-10, the State of South Carolina must be able to prove the following essential elements of the crime Beyond a Reasonable Doubt:

To prove the Defendant guilty of illegal acts pursuant to (A)(2)(a)-(c) of South Carolina Code of Laws (Crimes and Offenses) Annotated Section 16-7-10, the State of South Carolina carries the Burden of Proof to show by presentation of admissible evidence:

Defendant reads on social media that there is going to be a peaceful protest in downtown Rock Hill. The governor has declared a state of emergency due to recent protests turning violent and resulting in looting and burning of buildings. The governor, however, has further directed police (by official proclamation and order) police to allow all peaceful protests. Defendant goes to the protest. While walking along the street with his hands in the air, an officer pepper sprays him and puts him in handcuffs. Defendant is charged with a violation of 16-7-10. Defendant appears to have been falsely accused. He was part of a lawful protest and is also protected under the 1st Amendment (freedom of speech) to the United States Constitution.

Defendant has watched the protests that have occurred in downtown Columbia, SC due. Defendant decides to take advantage of the unrest to smash a store window, committing a “B & E” (breaking and entering) to commit a larceny. An officer spots Defendant and arrests him as he exits the storefront window, possessing stolen goods. Defendant can be charged with felony looting under S.C. Code Ann. 16-7-10(A)(2).

For other similar articles or related statutes to illegal acts committed during a State of Emergency, please see:

4. Defenses to Illegal Acts Committed During a State of Emergency 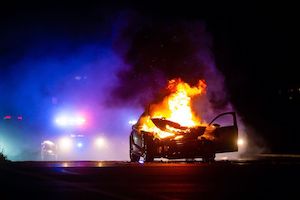 If a Defendant can prove that he or she is authorized to congregate in a group of 3 or more persons, the Defendant would not be properly charged with a crime under S.C. Code Ann. 16-7-10(A)(1)(b) and may have valid defenses to criminal charges.

5. Penalties for Illegal Acts Committed During a State of Emergency

If a Defendant violates section(A)(2)(a)-(c) of S.C. Code Ann. 16-7-10, the Defendant faces a FELONY LOOTING charge and, at the court’s discretion, may be sentenced to a period of incarceration or issued a fine.

6. Criminal Defense for Illegal Acts Committed During a State of Emergency

If you have been charged with looting or refusing to comply with a State of Emergency directive, please contact a South Carolina criminal lawyer immediately.

An experienced defense attorney helps protect your Constitutional rights, including Freedom of Speech and Freedom of Assembly.

Please do not delay. Both misdemeanor and felony charges may expose you to possible jail time and monetary fines.