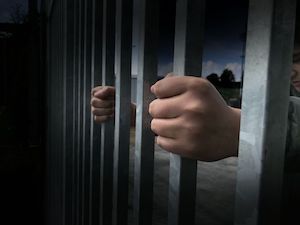 The State must prove that the Defendant acted with malicious intent AND there must be proof of ingestion by the victim of any poison or other destructive substance.

If the Defendant fails in his attempt to kill the victim, the fact that the poison was given in an insufficient quantity to work does not preclude a conviction under S.C. Code 16-3-70.

The State of South Carolina must be able to prove (with relevant, admissible evidence) the following elements beyond a reasonable doubt in order to sustain a conviction for administering or attempting to administer poison:

If a Defendant administers poison to a victim with the belief that the substance has deadly or destructive properties which it does not, the Defendant could be accused of and charged with assault and battery with intent to kill and not a violation under 16-3-70.

Defendant has been in a loveless marriage with husband for five years. Defendant feels trapped and does not know how to escape. Husband has threatened to ruin Defendant’s life if she leaves. Defendant is desperate and decides to kill Husband in order to escape their marriage. Defendant pours a few Visine eye drops she legally purchased at a Rock Hill, SC grocery store in husband’s nightly alcohol drink for several weeks. One day at work, Husband gets severely ill and goes to the hospital. He is informed that he has elevated levels of poison in his blood. Defendant can be charged with a felony crime under S.C. Code 16-3-70.

Defendant despises his co-worker. They work at a local tire store in Clover, South Carolina. Defendant hatches a plan with his Friend (another co-worker who lives in York County) to poison co-worker’s drink at a bar called the River Rodent on Lake Wylie. All the employees go to the River Rodent after work. It’s a busy place. The Defendant believes with the background noise and people moving around, it would be hard to see poison being put into a drink. The Victim is also well known for getting extremely drunk at the River Rodent. So much so he’s had more than one DUI charge in York County and everyone calls him “R2D2,” which stands for “River Rodent Drunk Driver.” The Defendant further figures that if the poison affects the Victim quickly, most people will assume he just drunk again. Defendant knows someone else will have to assist him in poisoning co-worker. Another co-worker, known as Teetotaler Tom, despises R2D2. Tom’s sister was killed by a drunk driver and he’s warned the victim over-and-over not to drink and drive. Defendant gives a cyanide capsule to slip in co-worker’s drink. Teetotaler Tom slips the pill in R2D2’S drink later that night at the bar. R2D2 becomes violently ill and crashes his car. The Lake Wylie rescue squad respond to the wreck, see R2D2 is drunk again and pump his stomach. That removes the cyanide from his system, saving his life. Defendant can be charged with an offense under 16-3-70. Teetotaler Tom can be charged as well, as both he and the Defendant conspired to poison R2D2.

For other similar articles or related statutes to unlawful conduct towards a child, please see: 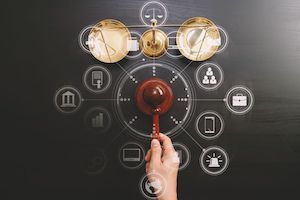 5. Punishments for Administering or Attempting to Administer Poison

The crime of administering or attempting to administer position is a Class C felony in South Carolina. It carries a maximum period of incarceration of twenty years in a SCDC (South Carolina Department of Corrections) state correctional facility (prison).

6. Criminal Defense for Administering or Attempting to Administer Poison

If you have been charged with an offense under 16-3-70, you should contact an experienced South Carolina criminal lawyer as soon as possible.

This is a serious felony offense that carries a substantial prison sentence.

Take the Fifth and lawyer up. Remain silent. Ask to speak with an attorney. Politely refuse to give a statement or talk with police officers. Do not discuss the matter with anyone else other than your defense attorney. That includes friends and family.