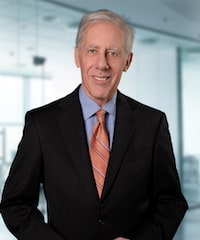 Seth Langson, one of the first lawyers in the country to dedicate his practice to the representation of sexual abuse victims, is nationally known and frequently consults with the best sex abuse lawyers in America.

“I was raised to fight against injustice and became a lawyer to advocate on behalf of people who’ve been exploited. As soon as I was entrusted with a sex abuse case in 1984, I knew that this was the work that I needed to do. Abusers and institutions must be held accountable for their tragic betrayals,” says Seth.

Seth is known for his compassion, tenacity, ability to listen. and willingness to battle people and institutions who’ve abused their power.

Seth published articles on sexual abuse in the Fall 2013 issue of Trial Briefs, NC Advocates for Justice, and in 2016 for Charlotteparent.com

To the best of his knowledge, Seth’s the only attorney unaffiliated with the Charlotte Diocese who’s read their “confidential personnel” files of accused priests.

“Since the landmark case of Price vs Diocese of Charlotte, I’ve communicated with victims and people who have knowledge of child sex abuse by priests of the Charlotte Diocese, a number of whom whose names have never been disclosed.

In 2016, the North Carolina Advocates for Justice awarded Seth and his client, the “Kelly Crabtree Award” for the difference they made in protecting people’s rights by the client’s 3-year case against the Charlotte Diocese.

Seth’s peers have recognized his talents and he is an “AV”( highest rated) attorney by Martindale-Hubbell.

Seth believes in giving back to the community and has contributed numerous hours working with local non-profits to strengthen their sex abuse policies and to increase public awareness about the ways the legal system fails to protect children.

He is an officer and founding director of Brave Step, a non-profit that assists and empowers adult survivors of child sexual abuse as well as parents of children who have been sexually abused.

Since 2013, Seth’s been a member of The Children’s Alliance of Charlotte.

Seth speaks to groups about the simple steps that parents and organizations should take to prevent child molestation, as well as much-needed improvements to our laws relating to child sex abuse. He has also shared his expertise of the justice system and child sex abuse with organizations such as Pat’s Place and the Mecklenburg County Psychological Association.

Seth frequently works with the news media across North Carolina on sex-abuse related issues and was contacted by National Public Radio (NPR) about the Penn State and Joe Paterno sex abuse scandal.

Seth graduated with honors from Hobart College and received his law degree from Boston College. He was licensed to practice law in Massachusetts in 1976 (current inactive status) and North Carolina in 1981.

Seth belongs to the National Crime Victims Bar Association, the North Carolina Advocates for Justice (former two-term member of the Board of Directors) and the Mecklenburg County Bar Association.

When not working, Seth relaxes by spending time with his one wife, two sons and two rescue dogs as well as by writing humorous essays under the tutelage of the finest writing instructor in Charlotte.