*For additional information regarding the criterion for inclusion or membership for lawyer associations, awards, & certifications click image for link.
Home
Communities Served
Lawyers Near Me 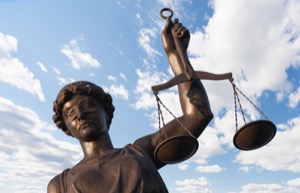 According to recent online search experts, when people search for legal representation, one of the top keyword inquiries is, “Lawyers Near Me.” While it may be easy and likely related to people talking to their phone (Siri or other spoken Google search), the chances of actually finding the type attorney you need, in the jurisdiction relevant to your legal issue, is pretty slim.

You may live in Rock Hill SC and work in Charlotte NC. You might get hurt in a wreck in Mecklenburg County, but receive medical treatment near your home in York County, South Carolina. If you get arrested for DWI in North Carolina, it very well could affect your license in South Carolina.

While the states recognize their respective borders, each having unique laws and legal procedures, our daily lives often cross legal jurisdictions.

In fact, the problems associated with Googling, “Lawyers Near Me,” is likely due to a series of factors. Some problems relate to geo-metrics and where you might be sitting, holding your cell phone (and what cell phone tower picks up your signal).

Those general types of searches for legal services also reveal a common misunderstanding (and assumption) that all lawyers handle all legal matters. That rarely is the case.

Lawyers themselves, and the ever-increasing specialization of legal service practice groups and lawyers, often makes such “lawyers near me” searches essentially useless. 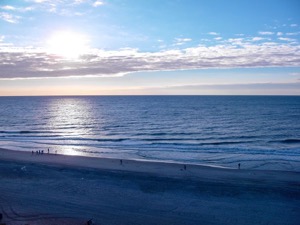 According to the ABA American Bar Association National Lawyer Population Survey, in 2017

there were 23,694 “Resident Active Attorneys” in North Carolina and 10,316 in all of South Carolina. And while lawyers who graduate law school in the Carolinas study and pass a Bar Exam that asks a wide range of questions across every area law, once they become licensed attorneys, most lawyers seem to prefer to focus their work on certain “practice groups.”

Traditionally those areas of practice and lawyers broadly categorized themselves into things like “criminal defense lawyers” or “plaintiffs lawyers” or “family law attorneys.” Other lawyers focused on “employment law” or “corporate law” or “wills and estates” and “property law.”

Lawyers in smaller towns in both South Carolina and North Carolina who “hung a shingle” (what lawyers refer to as opening a law office and putting up a sign), often operated a “general practice” where if you had a legal issue, they’d help.

One client may need legal representation for a divorce. The next person who walked into the law office could have been hurt in a car accident and needing to file a lawsuit for damages. Still other clients would want Wills drafted or a Deed prepared for a real estate transfer.

Types of Lawyers and Practice Groups

John Adams, the second President of the United States, was a “trial attorney” who helped people with a wide range of legal services. His first case at trial involved a suit for damages caused by a horse trampling a farmer’s crops. John Adams defended merchants against “writs of assistance” (search warrants of vessels and real property). He even served as the criminal defense lawyer to the British soldiers involved in the Boston Massacre.

At the time the Common Law was the “law of the land” in the colonies, which were very much considered part of Great Britain and subject to British rule. As our country grew, our legal system became increasingly complicated. With the Declaration of Rights and Bill of Rights, the United States began the process adopting its own legal processes and procedures.

We also still recognize, in part, certain common law defenses like self-defense and insanity. The North Carolina General Statutes supplement, if not supplant, many of the British Common laws. As such, criminal defense lawyers in North Carolina still regularly work both the NC criminal laws and common law offenses. 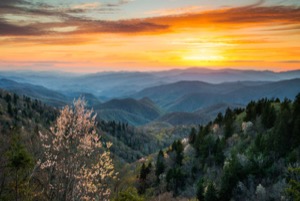 To this day, many attorneys in the Carolinas limit, to some extent, their areas of practice and the types of legal representation they offer. Small-town lawyers may still provide “general practice” services. And there are literally thousands of big-city, uptown lawyers who only represent banks and other corporate interests.

The lawyers at our Carolina law firm are known for their dedication to courtroom advocacy, and for arguing cases at trial. We’re courtroom lawyers. We don’t limit ourselves to “Criminal Defense” or “Accident Injury” or “Family Law.” We help clients with all those types of legal issues.

If you need legal representation in a courtroom for complex legal problems involving car accidents, criminal charges (felony or misdemeanor), or alienation of affection claims, we’d love to sit down and talk with you.

We don’t consider ourselves “big town” lawyers in Charlotte NC. Our lawyers enjoy handling cases in Stanly County just as much as in Mecklenburg County. We believe legal representation and trial skills are as important to folks who live Cheraw SC as they are to people with legal problems in Salisbury NC.

That means if you Googled, “Lawyers Near Me,” and if you’re in North Carolina or South Carolina, we may be able to help with your Family Law case, or allegations of criminal charges, felony or misdemeanor charges, DWI Driving While Impaired (North Carolina) or DUI Driving Under Influence (South Carolina). We will also help you after a car accident, truck accident, or other accident injury.

Call now to schedule an appointment. We offer a FREE CASE EVALUATION for criminal charges and personal injury claims. For Family Law cases we charge a consultation fee for Separation, Divorce, Alimony, Equitable Distribution, and Child Support matters in the Carolinas.

** Bill Powers is only licensed in North Carolina and therefore only provides legal representation for cases only in NC.