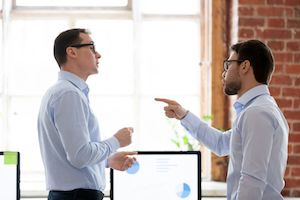 “You’re under arrest” are three words that carry consequences more than being locked up, taken to jail, fingerprinted, and a mugshot for everyone to see.

Former Secretary of Labor Raymond Donovan, after being found not guilty of criminal charges, asked the surrounding media throng on the courthouse steps, “Which office do I go to get my reputation back?”

He had suffered through improper assertions of guilt by “legal experts” on TV, many of whom seemed to have forgotten the Presumption of Innocence and the substantial Burden of Proof imposed upon prosecutors.

Mr. Donovan had only been indicted by the Grand Jury, but in large measure found “guilty in the court of public opinion.”

Even if the charges are ultimately thrown out, dismissed, or you are found not guilty, being accused of a crime can forever tarnish your good name and reputation in the community.

As such, it’s reasonable for someone who is falsely accused of criminal charges to ask:

Frankly, the answer to all the above is, “It depends.”

"Legal liability for false imprisonment cases deserves a careful analysis of the background circumstances of the charges. They tend to be complicated legal issues."

If you believe you were falsely accused, the facts and circumstances of your case, as well as the final disposition of the charges, can make all the difference in the world.

You may also reach Bill Powers personally by emailing: Bill@CarolinaAttorneys.com

In order to recover damages in a case alleging malicious prosecution, the Plaintiff carries the Burden of Proof to the legal standard of a Preponderance of Evidence that the Defendant:

The absence of Probable Cause and malice must take place before legal liability for damages attaches.

If the defendant in a civil lawsuit knows the plaintiff is innocent, probable cause cannot exist and the defendant may be held legally liable even if there exists independent evidence that may create reasonable suspicion of guilt.

Probable cause necessitates circumstances and facts sufficient that a reasonable person may have suspicion of guilt, prompting that reasonable person, exercising due regard for the rights of another, to commence prosecution/initiate proceedings.

Generally speaking, probable cause cannot be defended by evidence that is discovered later.

The Defendant’s actions and the reasonableness of making allegations, are judged reviewing the “totality of the circumstances” known to the Defendant at the time she or he initiated the criminal charges or proceeding.

What are Damages for Malicious Prosecution? 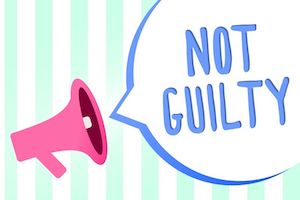 If you lost your job because of a False Accusation or Wrongful Arrest, that is relatively straightforward. Lost wages and loss of earning capacity are a types of compensable damages.

Compensation for loss of your good name and reputation in the community can be more difficult to establish through the evidence.

In appropriate circumstances for willful, wanton, and intentional conduct, punitive damages may be possible.

It’s important to note, legal defenses exist to wrongful arrest lawsuits that may apply to both law enforcement acting in their official capacity and alleged “victims” who proceed in initiating charges.

If probable cause to arrest exists, a lawsuit for malicious prosecution and abuse of process would likely fail. That’s also true if you plead guilty to criminal charges and/or are found guilty.

Certain deferred prosecution programs and conditional discharge pleas, even if the charges are dismissed, may result in the waiver to recover pursuant to a civil lawsuit.

If you have questions about your legal rights and believe you have been falsely accused or charged, our team of criminal defense and civil Plaintiff’s attorneys are available for legal consultation.

"It is a multi-step process. We first look to see if there is a legitimate legal basis to get the charges dismissed. Thereafter, careful consideration is given to whether legal grounds exist for a civil lawsuit."

Click Image for $100 Discount on NC Criminal Defense: Felonies & DUI DWI
Contact Us
Practice Areas
Client Reviews
★★★★★
I am so fortunate to have had Bill Powers on my case. Upon our first meeting, Bill insisted that through the emotions of anger, sadness, confusion, and betrayal that I remain resilient. He was available to answer questions with researched, logical, truthful answers throughout our two year stretch together. I went to any lengths for my case because he won my trust almost immediately... J.R.
★★★★★
My daughter had a second DUI and when it all seemed hopeless, Bill was able to get the charges dropped. This is a man who is extremely knowledgeable, yet still keeps his integrity which was impressive to me. He handles himself with dignity. If you hire him, you will have the best of the best, along with his expansive intellect and wisdom about the law. Lisa
★★★★★
Bill Powers’ staff has handled several traffic citations for me over the years, and they exceeded my expectations each and every time. Would highly recommend anyone faced with a traffic citation or court case contact his office and they will handle it from there. M.C.
★★★★★
Bill and his staff are flat out great. I (unfortunately) was a repeat customer after a string of tickets. These guys not only took care of the initial ticket for me, but went the extra mile and reduced my problems from 3 to just 1 (very minor one) on the same day I called back! I would recommend them to anyone. A.R.
View More
Submit a Law Firm Client Review